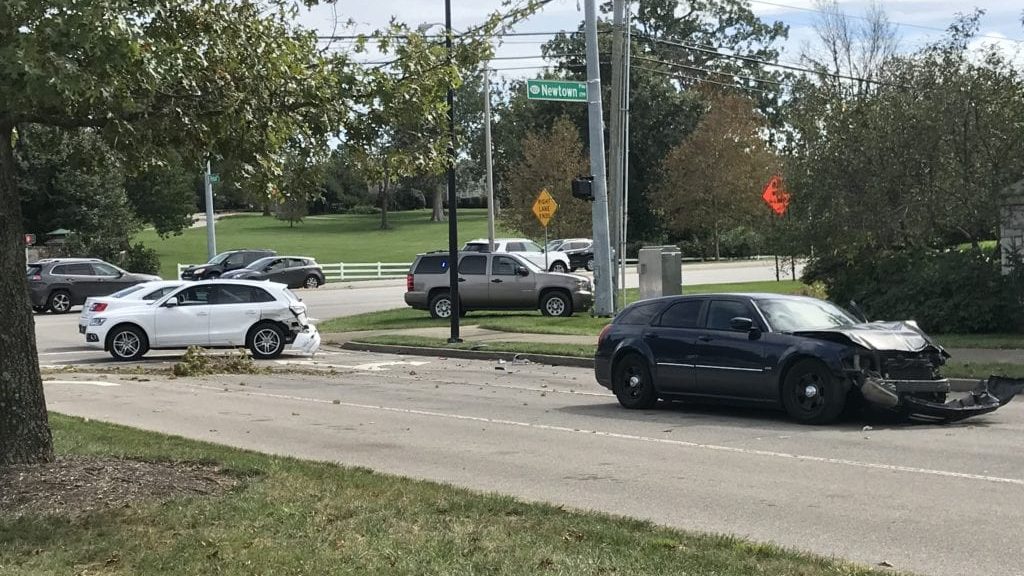 LEXINGTON, Ky. (LEX 18) — A woman sitting at a red light in Lexington got a surprise when she was struck by a vehicle involved in a pursuit with Kentucky State Police.

According to state troopers, police made contact with an individual with felony warrants at a gas station near Midway. They say the man got into a dark blue Dodge Magnum and fled down Interstate Highway 64 as KSP pursued. He exited at Newtown Pike and began heading into Lexington.

That’s when police say the man tried to make a turn at Aristides and was unsuccessful and went over the median into the other lane where he crashed into a white Audi sport-utility vehicle.

KSP says the man took off on foot and was taken into custody after a short pursuit. The woman in the Audi told LEX 18 that she was not hurt but was shaken up.

KSP is facing a lawsuit from a similar incident that occurred last year when a man was fatally struck by a vehicle involved in a pursuit in downtown Lexington.