LEXINGTON, Ky. (LEX 18)– Police have arrested a man accused of robbing a Lexington retail store last month, and threatening an employee with a knife. 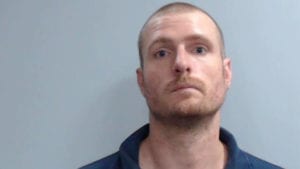 According to his arrest citation, the robbery happened on the afternoon of Sept.17, at the TJ Maxx on West Lowry Lane.

Police say an employee tried to stop Oakley from leaving the store with merchandise, that’s when Oakley allegedly pulled out a pocket knife.

Police later released surveillance footage to the public, and followed up on tips to make the arrest.

Oakley is charged with first-degree robbery.