UPDATE: Frank Smith posted on his Facebook page, saying that an arrest has been made in the case. There are no other details at this time.

BELL COUNTY, Ky. (LEX 18) — A Bell County radio station is trying to find out who forced its radio tower to come tumbling down, temporarily cutting off all broadcasts on its AM and FM radio stations.

“When I got to the skyline where I could see the tower, it wasn’t available. I knew something then was wrong,” said Smith, owner of Penelope Media Group.

The tower that used to stand 160 feet could broadcast WFXY to about 50,000 people in the Middlesboro and Pineville areas. Smith is confident someone managed to bring the tower down, and that it was no accident.

“That one looks like it was rammed by a vehicle. This one here possibly with the pressure being pulled that way had snapped everything and the tower fell,” said Smith.

Tire tracks and even pieces of a vehicle were left behind in the area.

The tower and its location were not insured, so getting the funds for a new one creates a big issue. Smith said it could be close to $75,000.

“This wasn’t a game. If they thought, ‘Hey, let’s tear that tower down just for the heck of it, just for fun.’ No. You don’t understand what you’ve done. This is a federal offense,” said Smith. 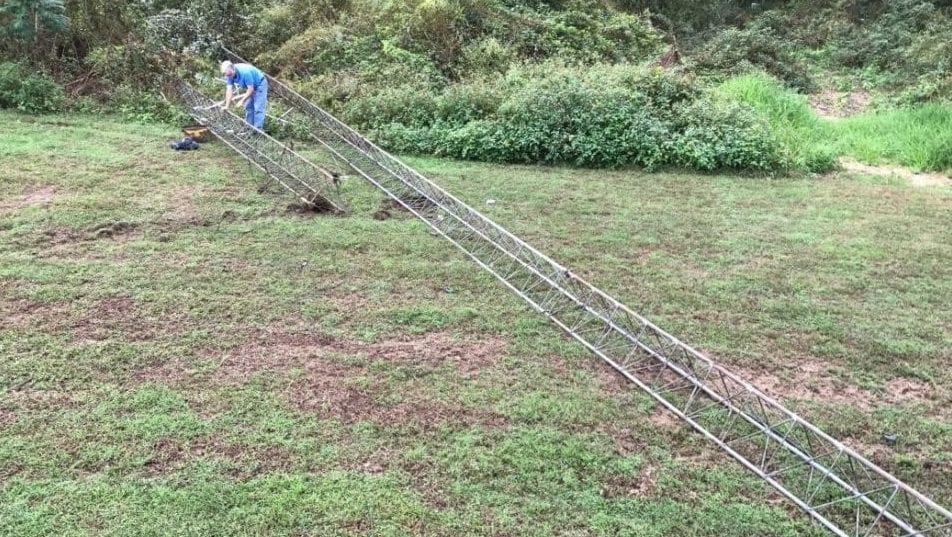