BEREA, Ky. (LEX 18)– A Madison County toddler who was missing for hours after wandering away from her house is now back home with her family.

The family was going to a picnic Sunday around 1:30 p.m., when three-year-old Eden Hines disappeared into the woods instead of hopping in her parents’ car.

Her parent’s nightmare lasted nearly 15 hours. Dozens of searchers scoured the area around Red Lick Road looking for the child. Around 3:30 a.m. on Monday, Eden’s mother tells LEX 18 that someone found the insole to the toddler’s boot.

An hour later, a group of rescuers located Eden in the woods, roughly two miles from her home.

Her parents didn’t get to see her until they got to UK Hospital.

“She was really smiling, she was laughing, and she was really muddy. She was scraped up, she was totally normal,” said Eden’s mom, Katie Hines.

When Eden saw her parents at the hospital she asked them, "When are we going on the picnic?" The family was headed out Sunday when she wandered off. https://t.co/Nfvog3nie9

“We owe an immense debt of gratitude to all the police, firefighters, rescue workers, helicopter pilots, K-9 handlers, volunteers, just people from all walks of life who came out and saved our daughter,” said Clinton Hines, Eden’s dad.

The little girl is now resting at home.

Take a look at these pictures of little Eden Hines. Her mother sent these photos to LEX 18. They were taken at the hospital and at home today.

She is smiling despite those 14 hours of being missing. 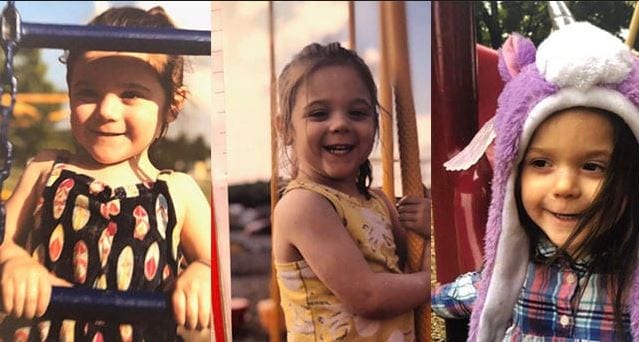