Fundraisers To Celebrate Lives Of Two Men Lost In Crash

WOODFORD COUNTY, Ky. (LEX 18)– It’s been two months since two Woodford County young men lost their lives in a car wreck on McCracken Pike. Now the two families are coming together to honor them.

Dylan Boone and Spencer Hopkins were both killed back in August. They were both nearing their 21st birthdays and they both had a lot in common.

The families are planning a couple of fundraisers to celebrate their lives.

“They grew up together, hung out together and died together. So it’s kind of a way for the family to celebrate their lives,” said Jackie Yeary, Dylan’s grandmother.

There will be an auto show and a truck tug of war to remember the men.

The Forever Young Car Show will be October 28, 2018 at the Old K-Mart parking lot on Highway 60 in Versailles. It will be from 10 a.m.- 4 p.m. All years and models of trucks, cars, and motorcycles are available and the registration fee is $20. 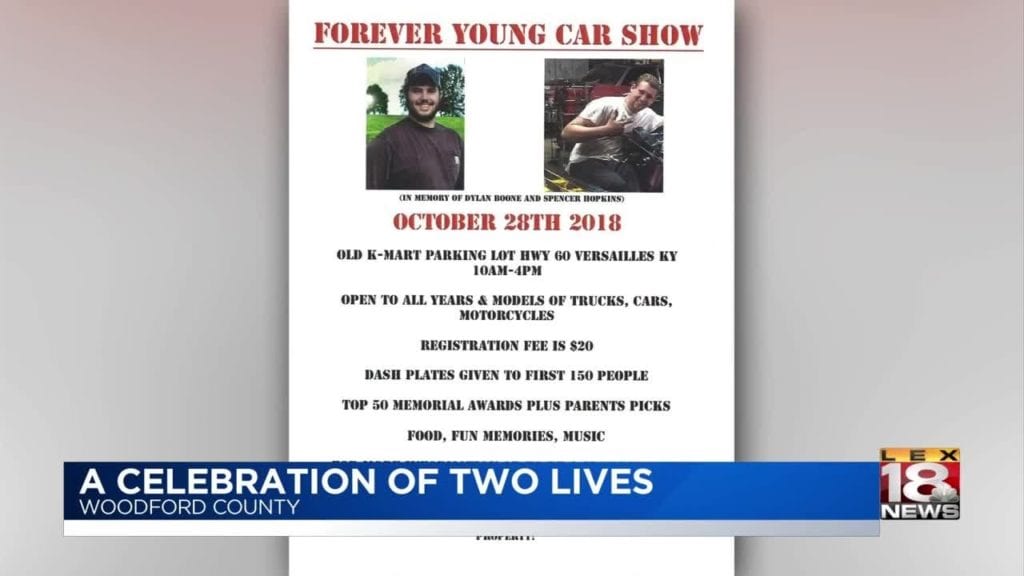