45-year-old Brian Justice’s car was hit by a semi near the entrance to the Barbourville Walmart, according to police.

Justice was a teacher at the Learning Academy, which is a small alternative school. He was also an assistant with the Lynn Camp High School football team.

He is remembered as a coach, a father, but also a University of Tennessee fan. That is why during the Lynn Camp football game Friday night, there was an orange and white checkered paw print in the end zone.

There was also a moment of silence and Justice’s stepdaughter was presented with a football signed by the team.

Wristbands that say, “Justice League” were sold, with all of the proceeds going to Justice’s family.

The head football coach of Lynn Camp High tells LEX 18 that Justice was an inspiration, a father figure, a coach and a hero to many kids on the team.

You can read his obituary here. 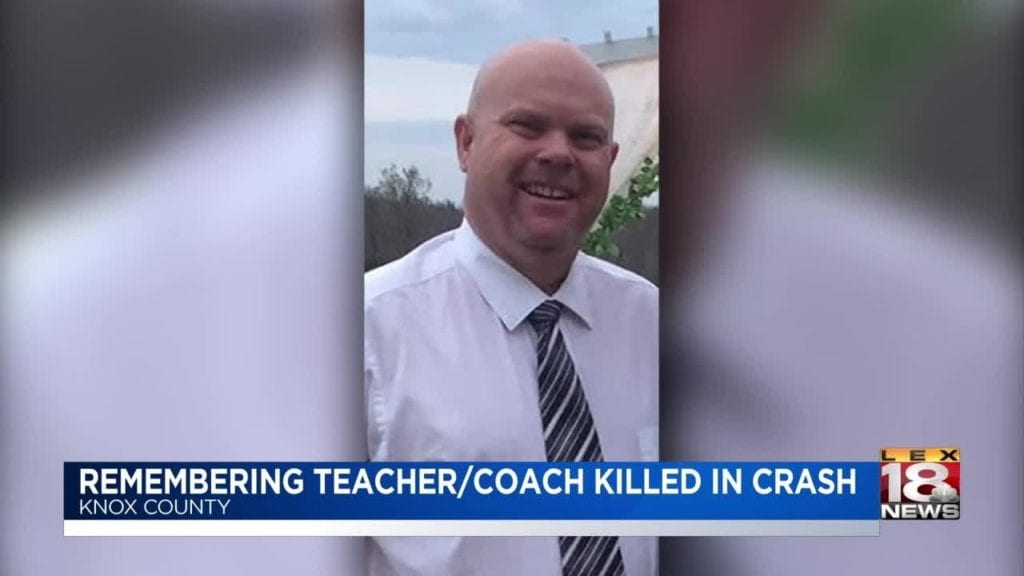 Brian Justice was a big UT fan! The paw print in the middle of the field at Lynn Camp High School is painted orange and white in honor of him @LEX18News pic.twitter.com/8v4TLTMbXH