2 Workers Injured When Deer Crashes Through Windshield In Anderson Co. 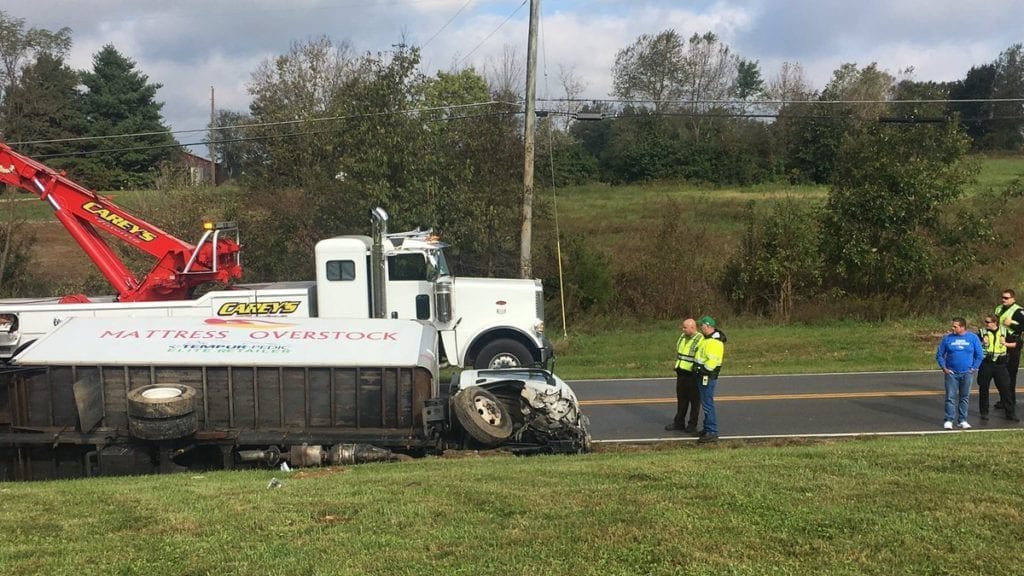 LAWRENCEBURG, Ky. (LEX 18) — A furniture truck collided with a deer Saturday morning in Anderson County, sending the vehicle on its side.

The crash occurred at 1200 Versailles Road, which is also U.S. Highway 62, near Blue Grass Energy.

Jamey Patterson, owner of Mattress Overstock, was on the scene.

Patterson says two of his employees were in the truck and were transported to the University of Kentucky Medical Center with undisclosed injuries. Petterson said police told him the injuries did not appear to be life-threatening.

“I dread calls like this every day,” said Patterson, who added it was the first time it has happened to him as an owner.

Patterson said the truck hit a deer, and the animal crashed through the windshield, making it into the cab.