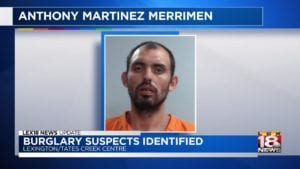 In addition, police arrested 46-year-old Pleys Edward Hulett, who they say was waiting for Merriman in a vehicle. Police say the found drugs and stolen goods in the car. Hulett is charged with receiving stolen property and several drug offenses.

Authorities say store employees on Saturday morning noticed that someone had broken in overnight and stolen a lot of cigarettes. 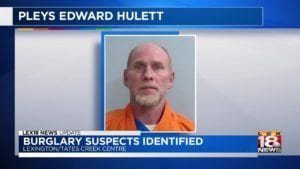 Police said employees recognized Merriman from the surveillance video when he returned to the store Saturday afternoon and allegedly tried to steal again.

Officials said Merriman fought with employees when they confronted him. Police say a bystander who tried to help was bitten by the alleged thief.

Police say he also fought with police and tried to take an officer’s Taser.