While they covered a variety of topics during the night, the debate was kicked off reflecting on the shooting of two black grocery shoppers in Louisville last week, as well as 11 worshippers in a Pittsburgh synagogue this weekend.

McGrath said this was the reason she chose to run and continued on to say that she has had a positive campaign and she said that her opponent has not. Barr said that there have been negative ads against him as well.

Harris said that the media is very guilty of choosing one side or another.

On healthcare, McGrath said that she believes health care is a right. On the Affordable Care Act, Barr said that, “We need to repeal the parts that make life harder.”

McGrath went on to say that the VA is underfunded and Barr said that competition and choice “creates excellence”, even in the VA.

McGrath argues that “wages have been stagnant for years,” and that we can’t keep adding trillions to our national debt to please our donors. Barr countered that the economy is booming and people have increased their spending because of the tax cuts. Barr said, “we will never balance federal budget if we do not have robust economic growth,” and said that he has voted to balance the budget every time.

Harris spoke out against the war in Afghanistan, saying that we have no reason to be there and that we should bring our troops home.

Towards the end of the debate, the candidates were asked, “What kind of Kentucky do you want to leave your grandkids?”

Harris responded, “I would like to leave a Kentucky where its people don’t have to fear its own government.”

Barr said, “America is back” and that the American people are better off now.

McGrath said she believes the country needs leaders that our folks and kids can be proud of. 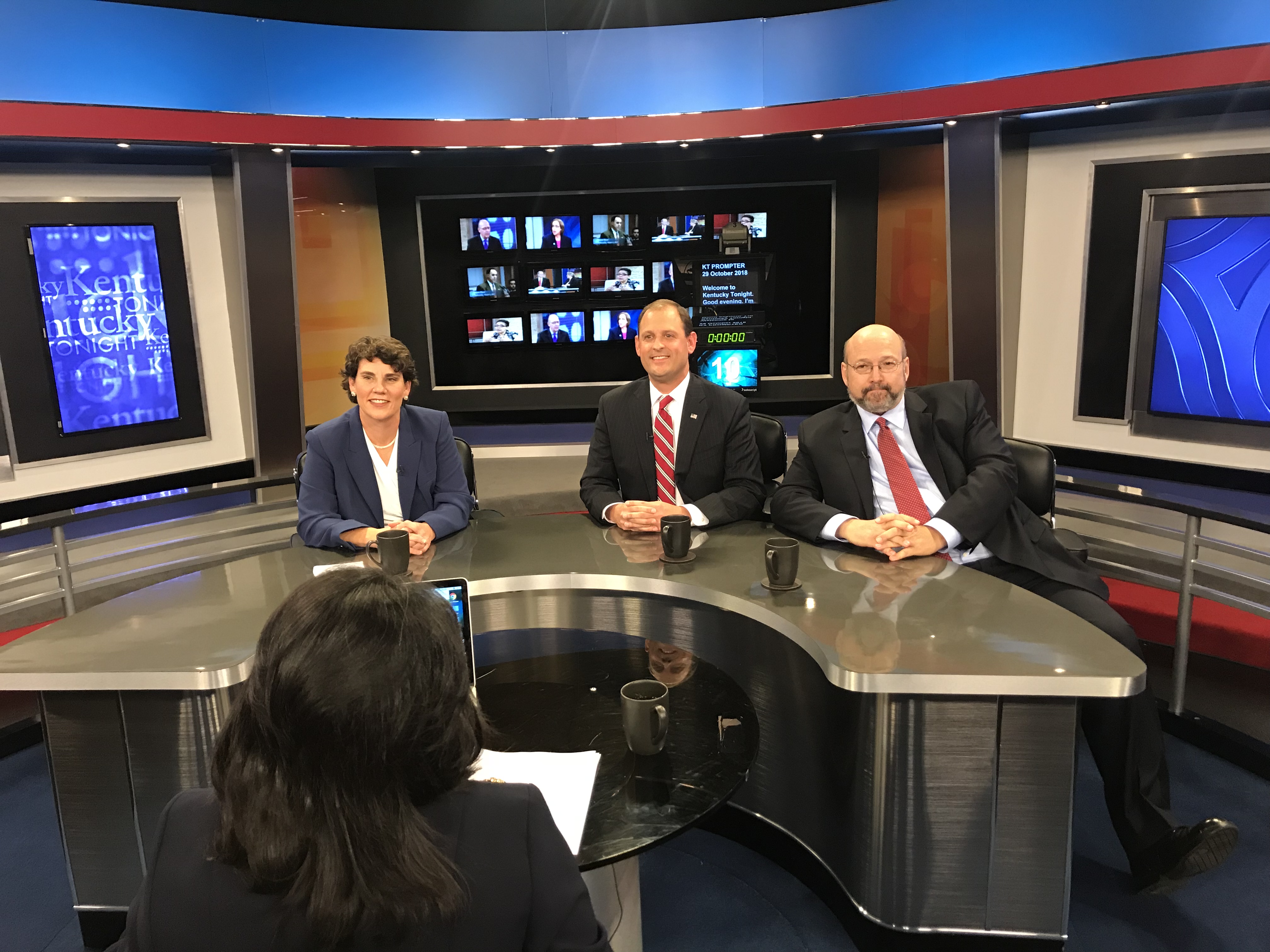