LEXINGTON, Ky. (LEX 18)– People across Fayette County got a flier in the mail this week that says, “Ronnie Bastin is the only Democrat Running for Mayor.” It labels Linda Gorton “as a lifelong registered Republican.”

It looks like a typical political flier, but Lexington’s race for mayor is non-partisan and analysts say that political parties are normally kept out of it.

“People are elected unaffiliated to either the Republican or Democratic party since this began some 40 years ago,” said LEX 18 Political Analyst Bob Babbage.

Back in 1974, voters approved the Lexington-Fayette Urban County Government Charter, which stipulates that all city government races are non-partisan and Linda Gorton said she’s disappointed that her opponent is bringing party politics into the race.

“The charter is kind of like our constitution. It tells all the rules, if you will. And we’re supposed to follow it,” said Gorton.

Bastin delivered an interview with LEX 18, but he posted a statement to his Facebook page. It is, he says his party affiliation has been questioned during his campaign and “voters deserve to have their questions answered before casting a vote.” 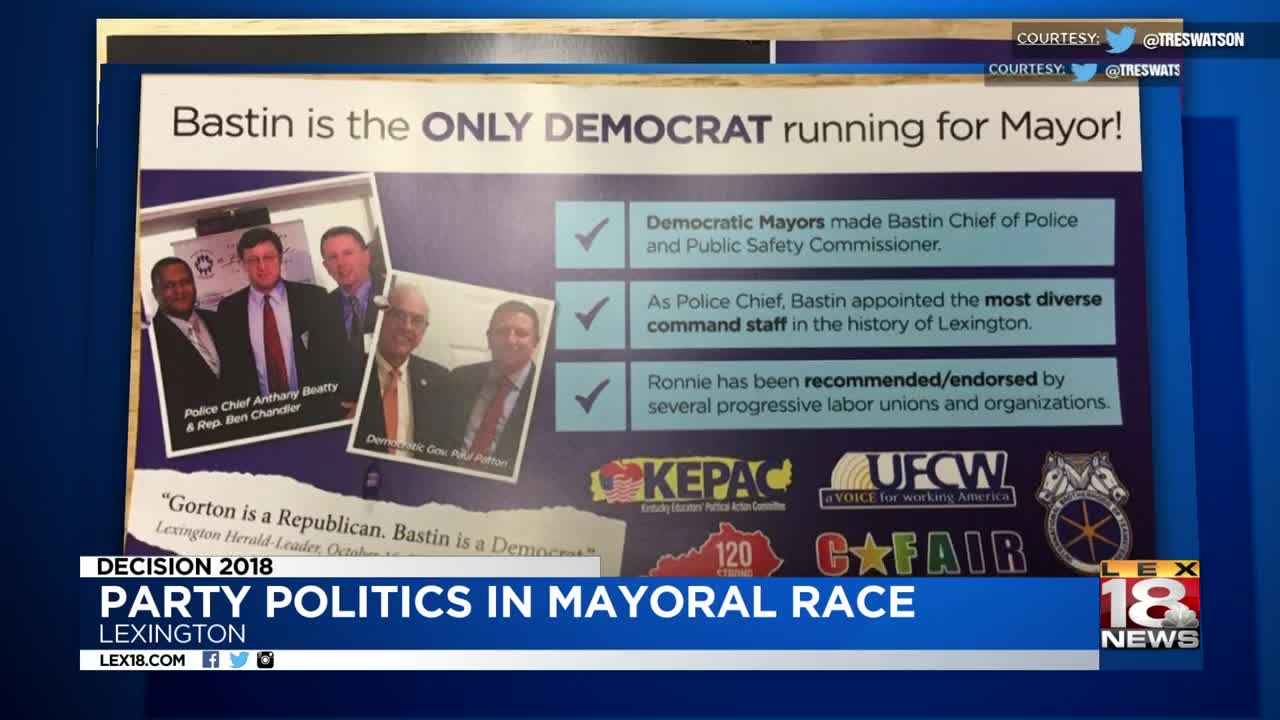