LEXINGTON, Ky. (LEX 18)– An SUV crashed into an apartment building on Cambridge Drive in Lexington Friday.

The collision happened around 4:15 p.m. The fire department tells LEX 18 that the crash caused major damage to one apartment and to that apartment’s main doorway. The crash also caused minor damage to another apartment.

They say that there were two people inside the apartment when the crash happened. One person inside had minor injuries and did not go to the hospital. The fire department is working on replacing the beams to prevent the building from collapsing.

First responders tell LEX 18 that everyone who lives in that apartment building will be displaced for the night while the building is secured.

“There are common wires that run through the walls, and so it’s not possible to isolate necessarily all those wires by just pulling one apartment, because they’re running through there to get to the other apartments,” said Lexington Fire Department Captain Matt Galati.

The driver of the SUV was taken to the hospital with minor injuries.

The cause of the crash is still under investigation. 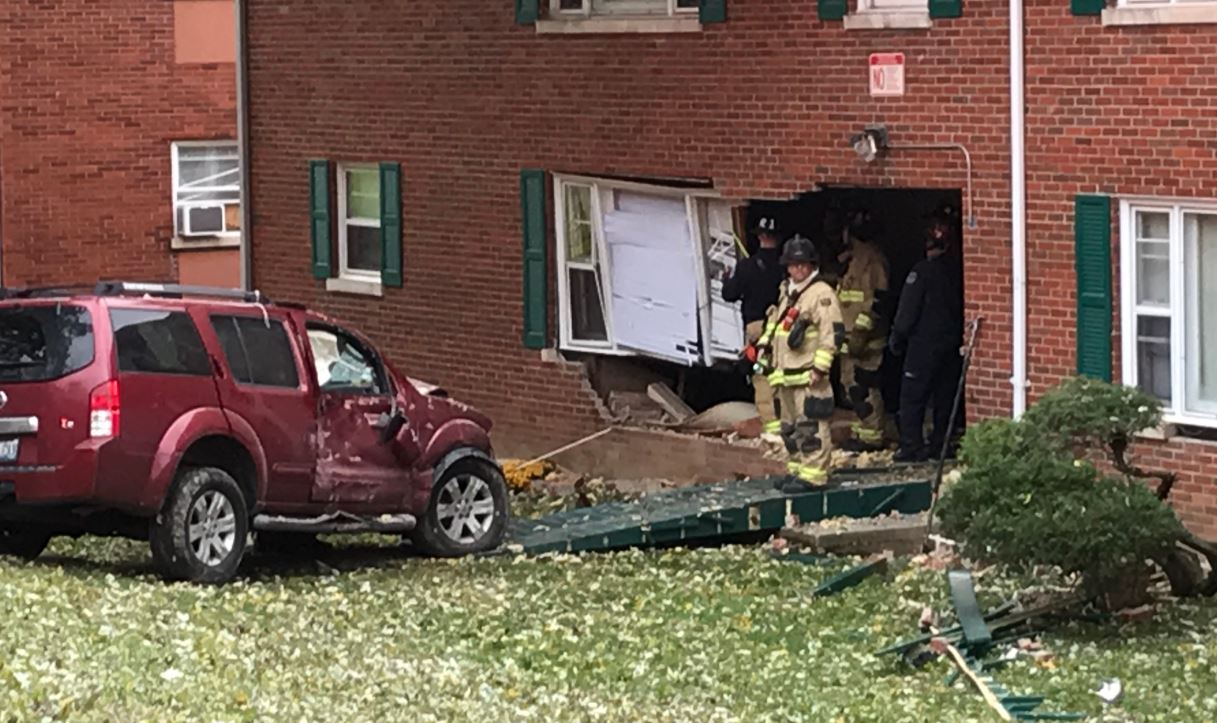