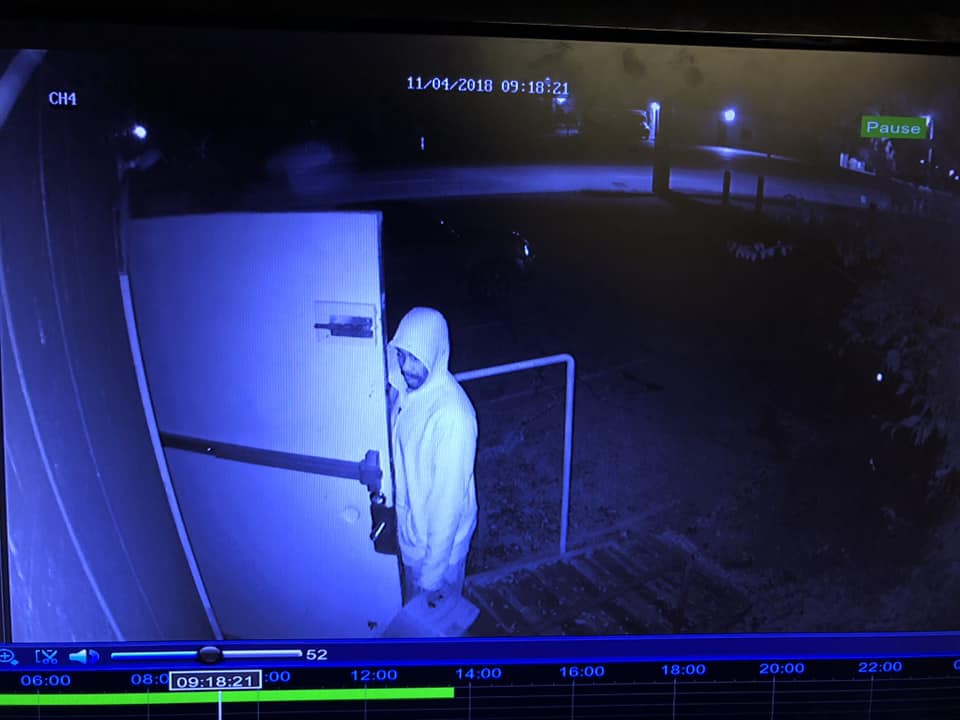 FRANKFORT, Ky. (LEX 18) — Police in Frankfort are seeking the public’s help to identify a suspect after a burglary early Sunday morning at a nightclub.

Frankfort police released photos of a suspect on the department’s Facebook page.

Police are asking anyone who can identify the man in the photos or has information about the burglary to call 502-875-8523.