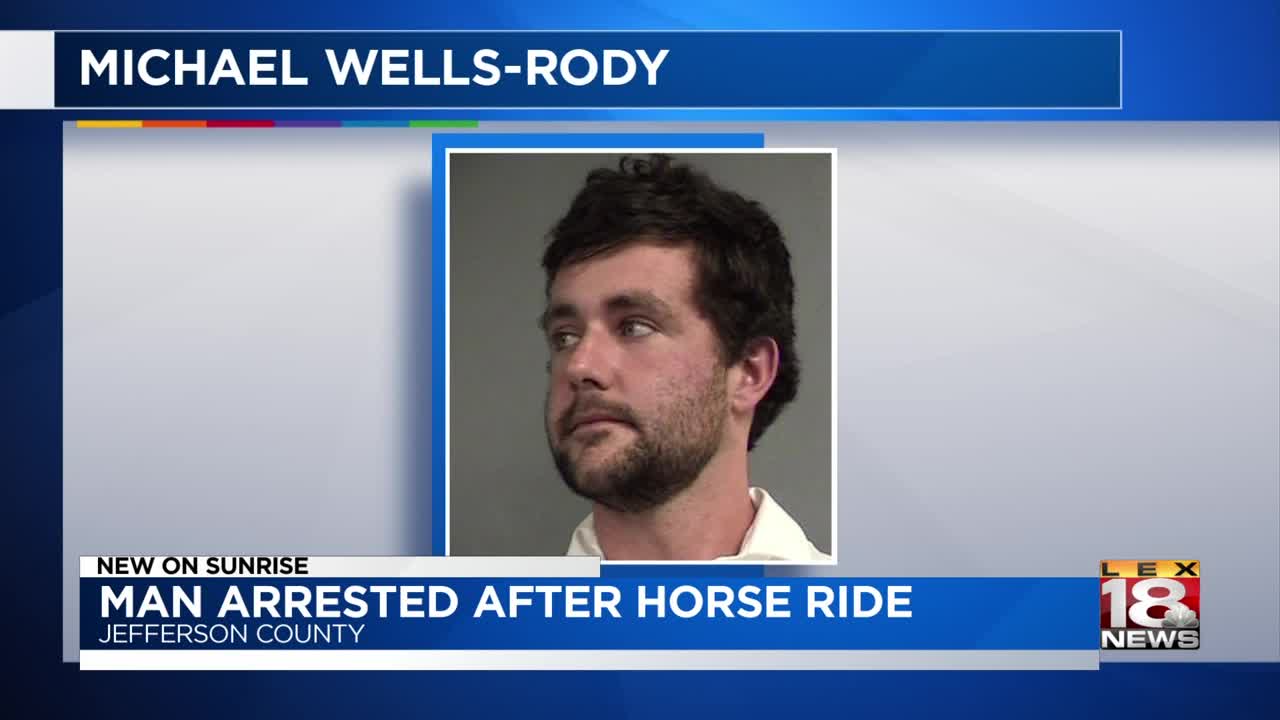 LOUISVILLE, Ky. (LEX 18) — Police in Louisville arrested a man Saturday who they say was drunk when he is accused of mounting a horse and riding it at Churchill Downs during the Breeders’ Cup event.

Police say 24-year-old Michael Wells-Rody was “manifestly under the influence” when he went into a restricted area, mounted a horse and rode it out of tunnel and onto the track entrance.

Police said that when he was asked to leave, Wells-Rody became disorderly.

Police arrest Wells-Rody and charged him with alcohol intoxication and disorderly conduct.