MADISON COUNTY, Ky. (LEX 18) — The man accused in a deadly shooting outside a Madison County gas station pleaded not guilty in court Wednesday.

Kentucky State Police say the shooting happened around 10 p.m. Sunday outside the Cannon Corner Marathon on Berea Road in Richmond.

According to an arrest citation, Brandon Short and 26-year-old Matthew Francis, of Somerset, were fighting when Short grabbed a handgun and fired shots that hit Francis in the face and torso.

Francis died as a result of his injuries.

Shirt’s bail has been set at $1 million cash. He is scheduled to be back in court for a preliminary hearing on Nov. 14. 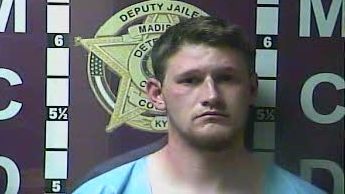