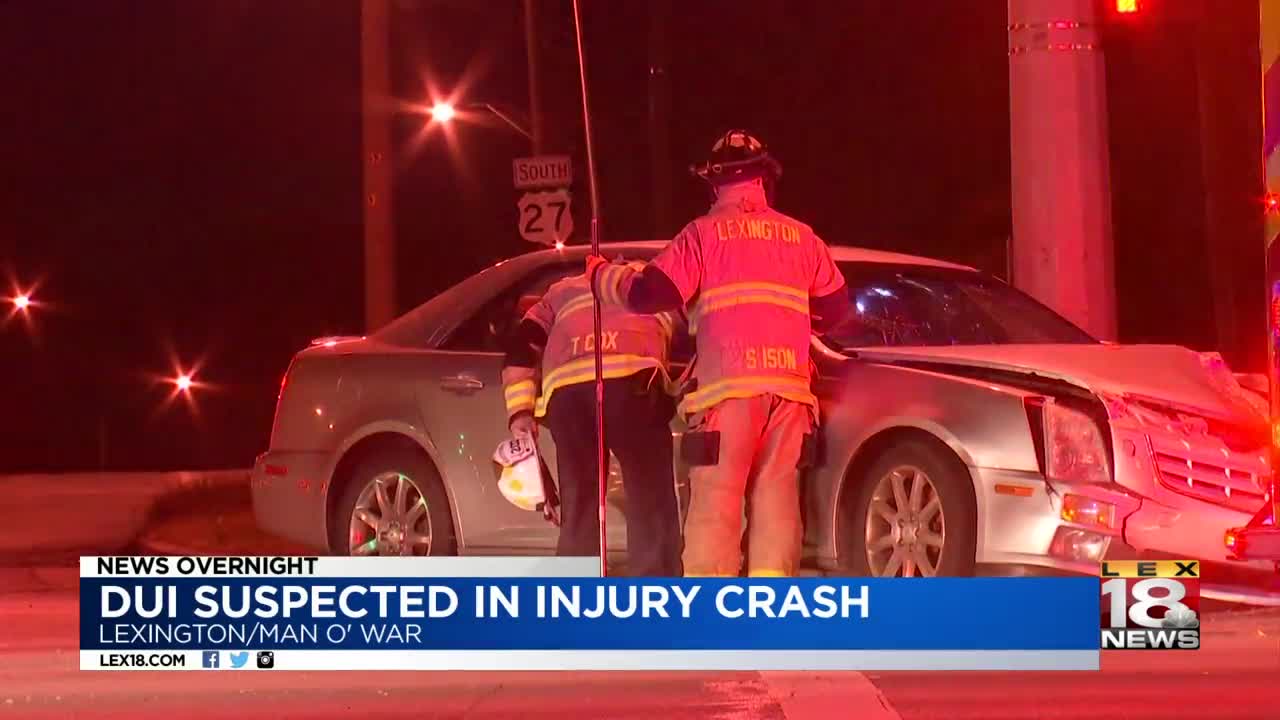 LEXINGTON, Ky. (LEX 18) — Police say they are investigating a crash that injured several people on Lexington’s south side early Saturday morning as a possible DUI case.

Several people were hospitalized after the crash at the intersection of Nicholasville Road and Man O War Boulevard.

Authorities say the crash happen about 2:30 a.m. in the area near The Summit at Fritz Farm mall.

Lexington police say four people were sent to an area hospital after one vehicle rear-ended another.

Two people from each vehicle were injured, but police said they were “likely minor injuries.”

Police said the driver of the vehicle that hit the other is being investigated for possible intoxication and could face charges.