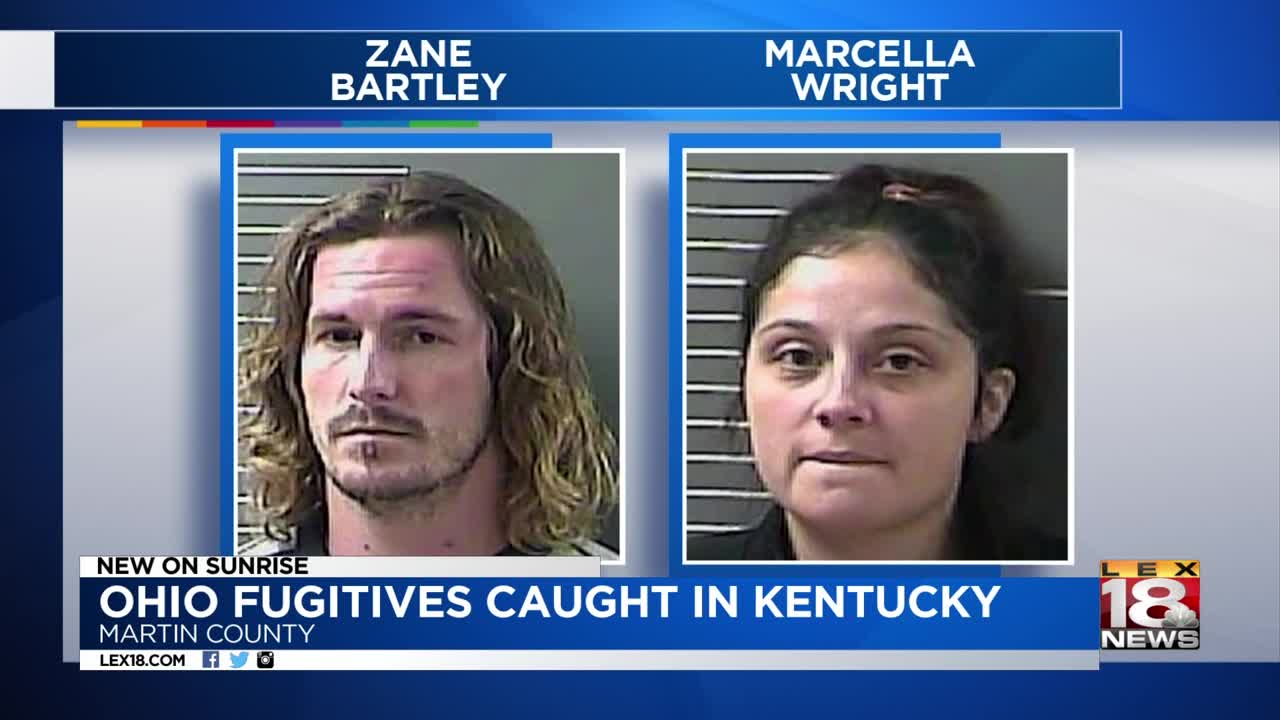 MARTIN COUNTY, Ky. (LEX 18) — Police in eastern Kentucky captured two fugitives from northwestern Ohio, including one wanted in connection with a home invasion and slaying.

Bartley was wanted for complicity to murder in connection with a September home invasion in Cecil, Ohio. Police were seeking Wright on an unrelated drug complaint.

Both were being held in the Big Sandy Regional Detention Center in Paintsville, pending extradition to Ohio.