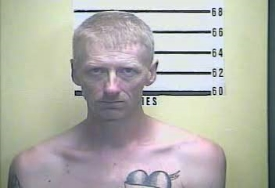 BELL COUNTY, Ky. (WRIL)– A Bell County escapee has been apprehended in Tennessee, according to WRIL- The Big One.

They report that Matthew Price was apprehended by the Claiborne County, Tennessee Sheriff’s Department Friday.

On Tuesday, August 21 around 9:11 p.m.,41-year-old David Mosley and 46-year-old Price attacked jail staff, overpowered them, and escaped from the facility, according to WRIL. Two staff members were injured. One was sprayed in the eye with bleach while the other had broken ribs.

Mosley was found in Wallsend on August 23. He was brought back to the Bell County Detention Center and charged with 2nd-degree escape and assault on jail staff.

WRIL reports that Price is charged with breaking into a pharmacy in Claiborne County, Tennessee and is facing charges in Virginia as well. He is awaiting extradition back to Bell County and is expected to be given the same charges as Mosley when he returns to Kentucky.