Police: Winchester Robbery, Kidnapping Not What It Seemed

CLARK COUNTY, Ky. (LEX 18)– Off-duty officers were called in to help with a tense search in Winchester Thanksgiving morning after a crash and a kidnapping claim, but police say that this story is not as it seemed.

Police originally told LEX 18 that they were looking for a man who attempted to rob a woman outside of her home, but now they say, that is not the case.

Police tell LEX 18 that Amber Jones was meeting a man she met on the app Meet Me.

Winchester Police Captain James Hall said that Qusay Al Kanaani, of Lexington, drove to her home to meet up with her, then, in front of an off-duty officer, there was a struggle between the two and Al Kanaani wrecked his vehicle.

Al Kanaani took off and Jones told police that he had tried to rob and kidnap her. Winchester Police and the Clark County Sheriff’s Department were called in from their holiday and the Winchester Fire Department stepped in to use a drone to find Al Kanaani.

As their investigation continued, police say that they learned Jones lied about Al Kanaani trying to rob and kidnap her.

Police said that Jones demanded money for a babysitter when Al Kanaani arrived for a date. He refused, but she went with him anyway. According to investigators, Jones tried to rob him, causing the crash.

Investigators tell LEX 18 that Al Kanaani feared he was going to get in trouble and that is why he ran.

Police said that Jones is now charged with attempted robbery and falsely reporting a crime. Al Kanaani is charged with fleeing and evading. 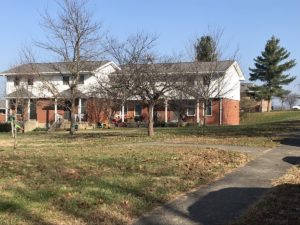