UPDATE: Name Released Of Man Killed In US 421 Crash 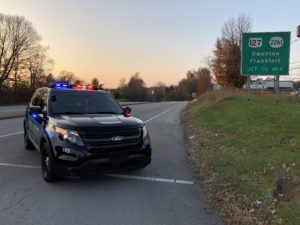 FRANKFORT, Ky. (LEX 18)– One person is dead in a crash that had blocked the southbound lanes of US 421 at Shenkel Lane Thursday.

Police said that one vehicle crossed the line and hit the other.

One person is confirmed dead in the crash. The coroner says that the man was transported to the Frankfort Hospital where he was later pronounced dead.

On Friday, the coroner released the man’s name. The victim was 77-year-old Richard Jones, of Frankfort.

The road has now reopened.

The crash remains under investigation.