CORBIN, Ky. (LEX 18) — Police were on the scene of an apparent bank robbery in Corbin on Tuesday afternoon. 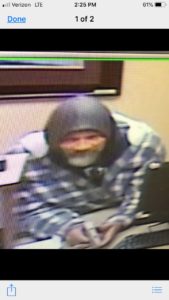 Corbin police said a man entered Hometown Bank around 2 p.m., showed a gun and demanded cash. The man took an undisclosed amount of cash and fled toward the Dollar General store.

Crime scene tape could be seen around the lobby of Hometown Bank.

The doors were locked and sign reads: “We are closed due to an emergency.”

Employees and at least one police officer could be seen inside.

Check back with LEX18.com for more information on this developing story.