Woman Arrested In Boyle Co. After Drugs Found Near Child 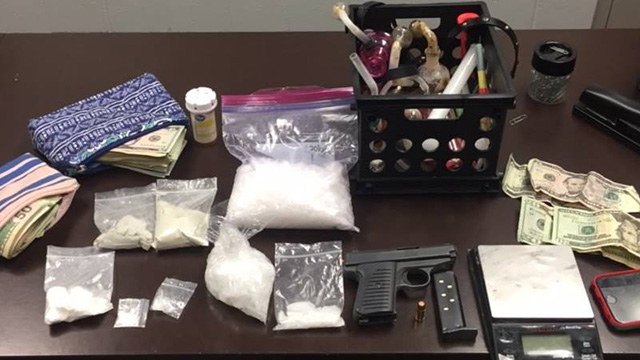 BOYLE COUNTY, Ky. (LEX 18) — A woman has been arrested after she allegedly had a large amount of drugs around a child.

Police arrested 36-year-old Tanisha R. Berry and charged her with three counts of trafficking in controlled substance and wanton endangerment, due to a child being present.

According to the Boyle County Sheriff’s Department, deputies executed a search warrant around 4 p.m. Nov. 25 at a home on Earl Street in Danville.

The search was the result of a narcotics investigation.

Deputies reportedly seized 22 grams of crack cocaine, 69 grams of heroin, and 509 grams (1.12 pounds) of methamphetamine, one loaded handgun, numerous items of drug paraphernalia, and $4,179 in cash.

Berry was being held in the Boyle County Detention Center.