LEXINGTON, Ky. (LEX 18)– Ever since the Blue Grass Stockyards fire, the company’s leaders focused their energy on getting the new location up and running. Now that they’ve been back in business for a year, they say it’s time to focus on the old location again.

“We’re excited about doing something really nice with the property, continuing the legacy of Blue Grass and downtown Lexington, but also giving back to the community and improving that part of town,” said Jim Akers, the chief operations officer of Blue Grass Stockyards.

The plan is to build a new apartment building and storage facility called “Distillery Heights on Town Branch.”

A preliminary development plan was submitted to the city on Monday.

“We hope that they will agree that that is a good use for that property,” said Akers.

There are no renderings or set plans at this point, but Akers said that keeping the history of the area, starting with the Old McConnell House, is a high priority.

“We would hope that there would be some tie to the McConnell Springs area and to the history that exists there in that part of town,” said Akers. “We feel like, potentially, early into next year, we could be moving forward and announcing a full-blown project.” 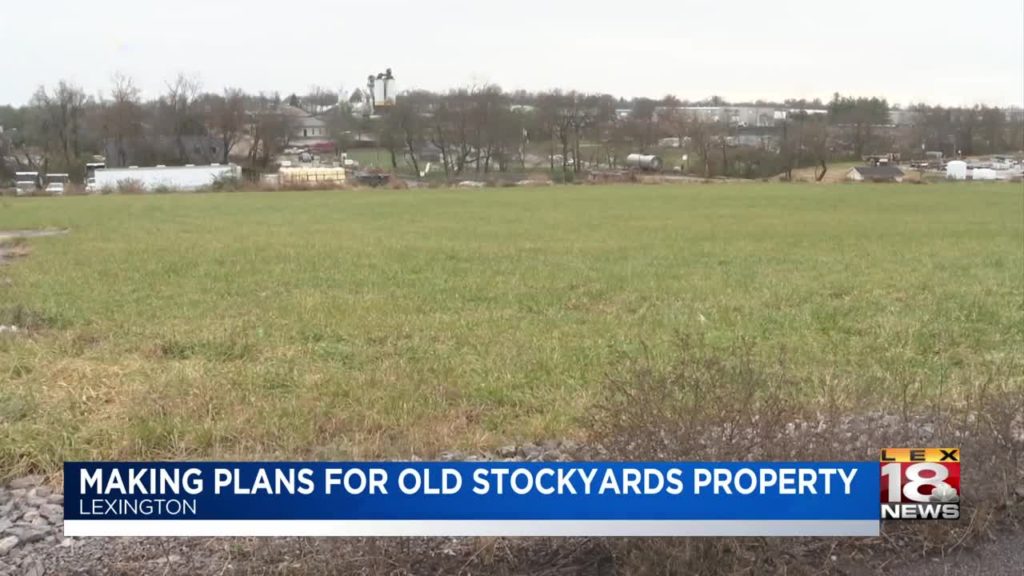