WHITLEY COUNTY, Ky. (LEX 18) -It’s horrifying to lose any loved one, but over one year ago Kathy Faulkner lost three people in a terrifying way. One of those was her only child.

All three of those victims were strangled in Faulkner’s Whitley County home.

In September of 2017, Faulkner returned to her Deep Branch Road Home to find her daughter, Emogene Bittner, grandson, Robert Kennedy, and her son-in-law, Chris Bittner murdered in one of the cruelest ways possible.

“I saw her on the floor, I found her in there she had a garbage bag over her head and tape around her neck,” Kathy told LEX 18.

Kathy believes she may have been the target but that when she wasn’t home, they targeted her family. She says it’s not about drugs or a debt but about someone she believes she “shamed.” She believes that person came back to hurt her.

Faulkner says she gave three possible names to the sheriff’s department, but nothing ever came of it.

Now she hopes that fresh eyes on the case will track down the monsters who committed such a horrifying act.

“They need to pay for what they done, they didn’t deserve that, for someone to be that cruel, evil something needs to be done with them,” Faulkner told LEX 18. 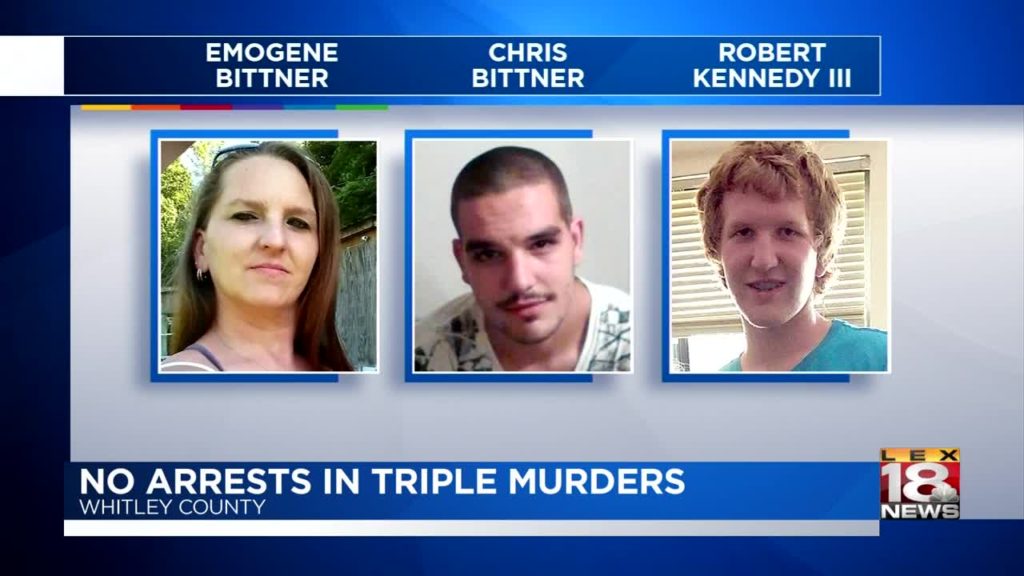