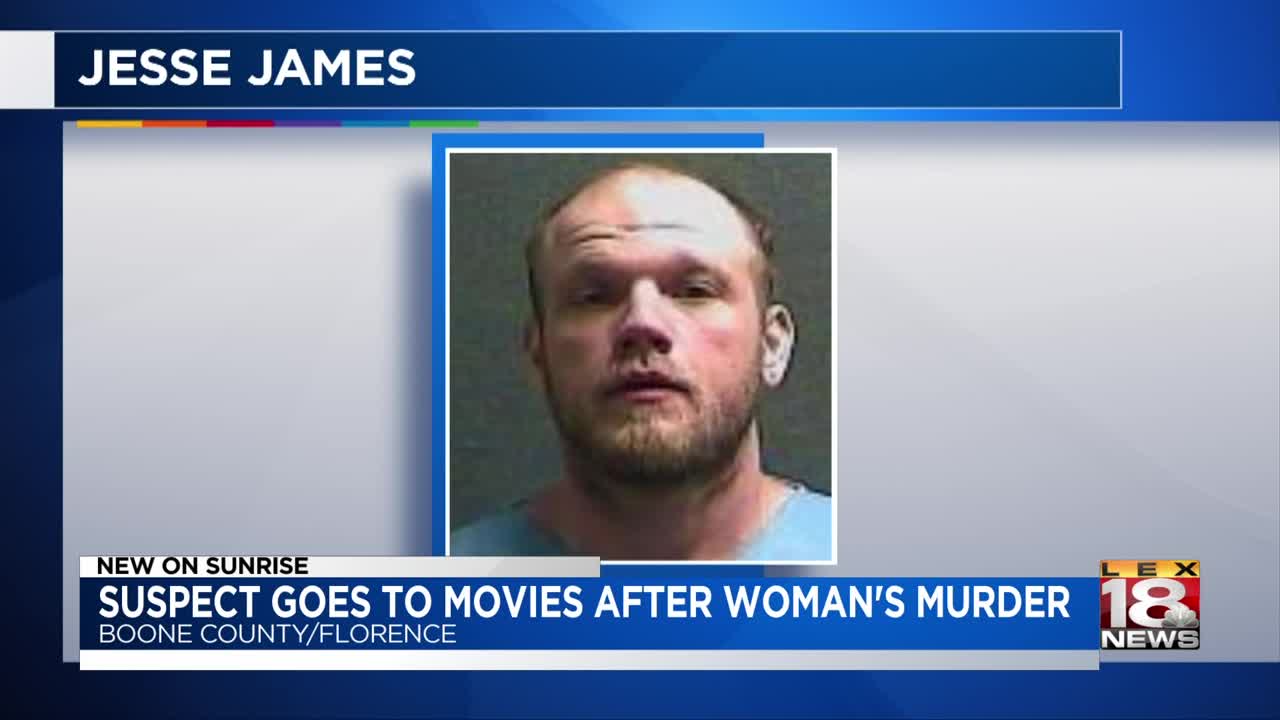 FLORENCE, Ky. (LEX 18) — Authorities arrested a Boone County man who they say killed an Arizona woman in a hotel room and then went to the movies.

Police in Florence were called out just before noon Saturday to the Home 2 Suites, where they found the body of 26-year-old Amanda Webster.

The body was found in a room rented to 32-year-old Jesse James of Burlington.

About two hours later, police were called to Rave Cinemas for a report of a man behaving strangely.

Police say James gave officers fake names before they determined he was their murder suspect. Authorities said James later confessed to the killing.

James was being held in the Boone County Jail on numerous charges, including murder and tampering with physical evidence.