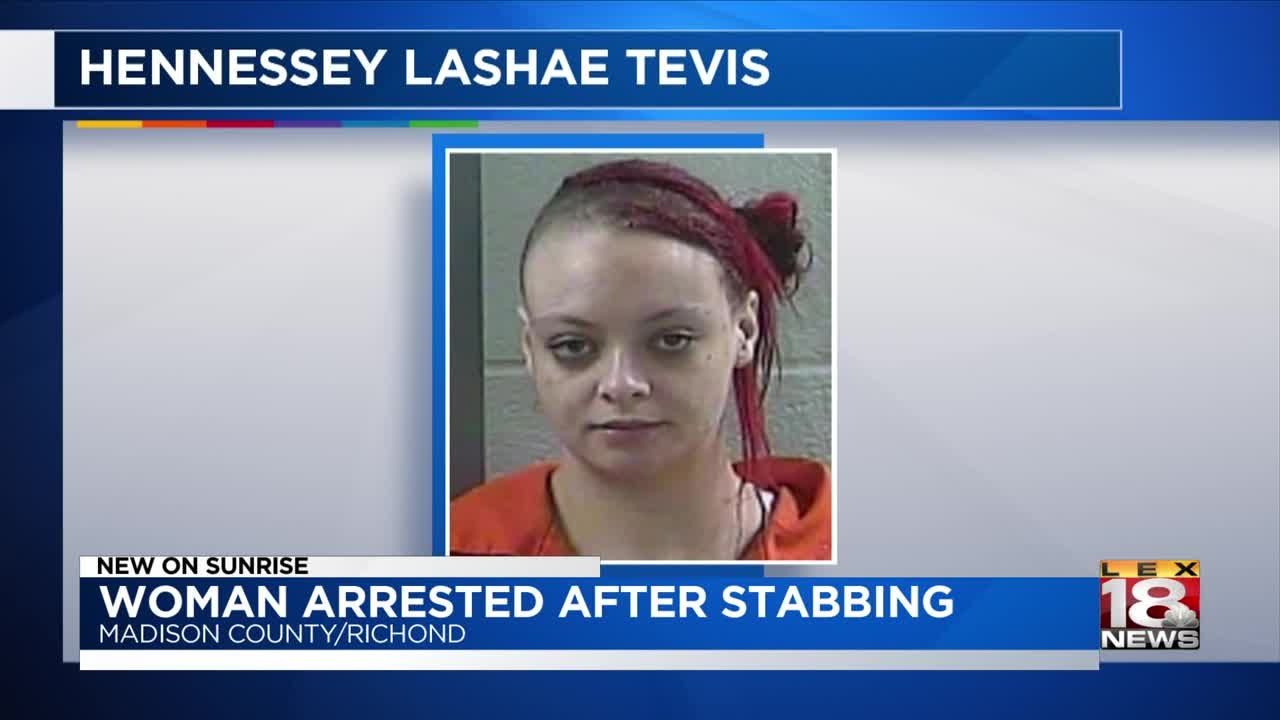 On Thursday afternoon, officers in Richmond responded to an area near Red House and Union City Road, where they found a man with stab wounds.

The man told police that Tevis had stabbed him during an argument inside his vehicle. Tevis then allegedly drove off in the man’s vehicle.

Authorities tracked Tevis down in London and took her into custody.