LEXINGTON, Ky. (LEX 18) — A mural depicting a Lexington toddler who was shot as she slept near her family’s Christmas tree will be painted to memorialize the child.

Lexington artist Danie Greene was given $500 by Father Jim Sichko to create the mural dedicated to Nova Gallman.

“I was extremely affected by it because she’s a 2-year-old that just wanted to sleep by the tree,” said Greene.

Lexington police say the little girl was shot in the head the night of Dec. 5, 2016. She died the next morning.

“I’ve already been emotional, and it hasn’t even come. Thursday hasn’t even came. So, I don’t think I’m prepared for that day at all,” said Nova’s mother, Sierra Green.

Green told LEX 18 about her last day with her daughter.

“Just that whole day, really, she was just really happy. She was really excited about Christmas,” said Green. “I had let her pick out some of the ornaments and stuff, so those ornaments are still on the tree too.”

The shooting happened on Kenton Street. Dani Greene said that she hopes to paint the mural of Nova near that spot.

Nova now has a new little brother, MJ, who was born after her passing. 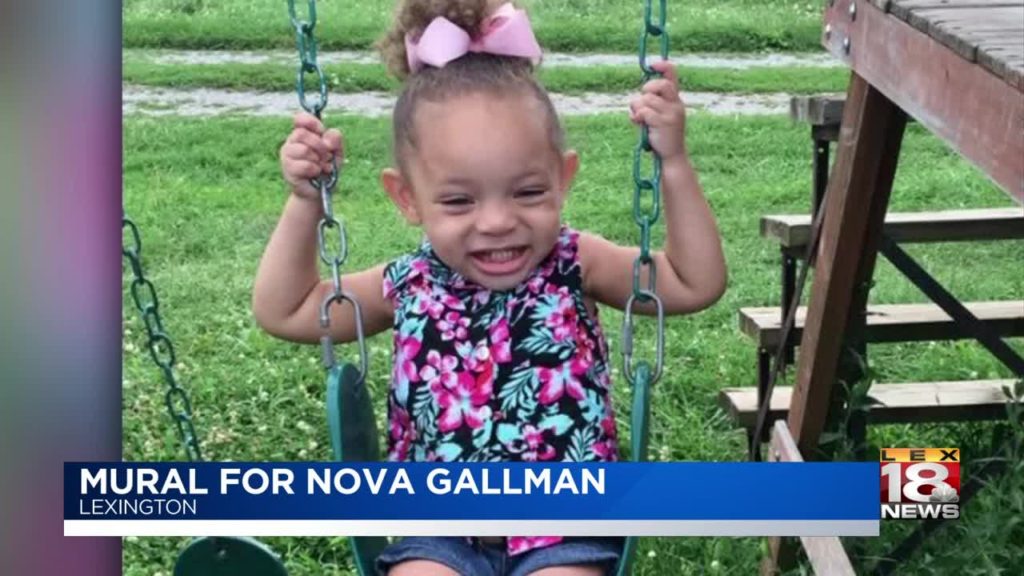