LEXINGTON, Ky. (LEX 18) – A Lexington native had a special chance to say goodbye to President Bush, thanks to a shared connection of charity work.

Zachary Dearing was on the Tarmac when Bush’s casket arrived at Ellington Field in Texas before he was flown to the nation’s Capitol.

Dearing, best known for his acts of heroism during Hurricane Harvey, was invited to represent the “Points of Light” organization on the Tarmac as President George H. W. Bush’s body arrived at the field.

Dearing came face to face with the former president last year while receiving an award for helping others in the aftermath of Hurricane Harvey. The “Points of Light” organization was founded by the elder Bush as a way to encourage and recognize volunteers.

“He was a very gentle man, and just to shake his hand, gave me an overwhelming sense of peace,” Dearing said of his encounter with the former President.

Dearing says that the organization just proves that Bush wanted to promote kindness in the world and he says it’s now everyone’s duty to carry on the vision for a kinder, gentler America.

“That’s a huge part of his legacy. In a time that is so turbulent, to spread goodwill and good deeds to others and your neighbors,” Dearing told LEX 18. 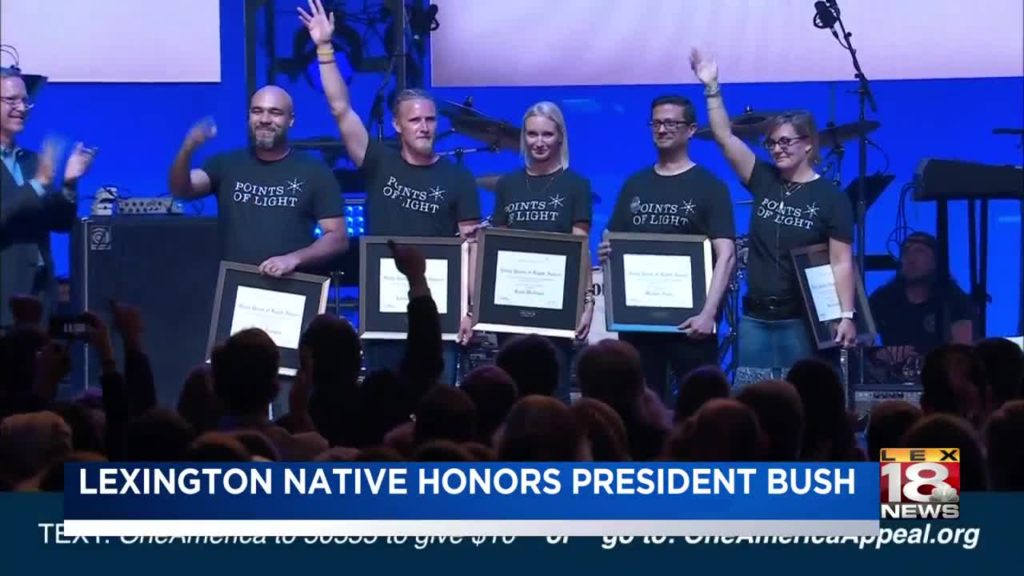