PIKE COUNTY, Ky. (LEX 18)– Two people have been charged with conspiracy to traffic drugs in Pike County because police say they tried to get drugs into the Pike County Detention Center using a burger.

“Nothing seems to surprise me anymore I guess, but as far as this particular way, it’s the first time I’ve seen it,” said Pike County Detention Center Lieutenant Chase Snodgrass.

A police report said that the Whopper a woman attempted to bring in the jail Wednesday did not have pickles, but it did have Suboxone tablets in it.

Snodgrass said that the woman even had help from a Burger King employee, giving a new meaning to the slogan, ‘Have It Your Way.’

Employees here at the jail said they were tipped off about the plan to bring drugs in, so they listened to the phone calls, which led them to the suspects.

“We was able to find out exactly how they was going to be bringing the drugs into the jail,” said Snodgrass.

Police in Pikeville arrested June Slone who they say came to deliver the food. They say that Stella May has also been arrested and is accused of putting the pills in the burger.

LEX 18’s Katherine Collins reached out to Slone, May, and the general manager at the Burger King. They did not want to talk.

“Addiction is a bad thing, and they’ll put anybody in harm’s way to get it,” Snodgrass said.

He said that two who were already in the jail could also face charges in connection with what happened. 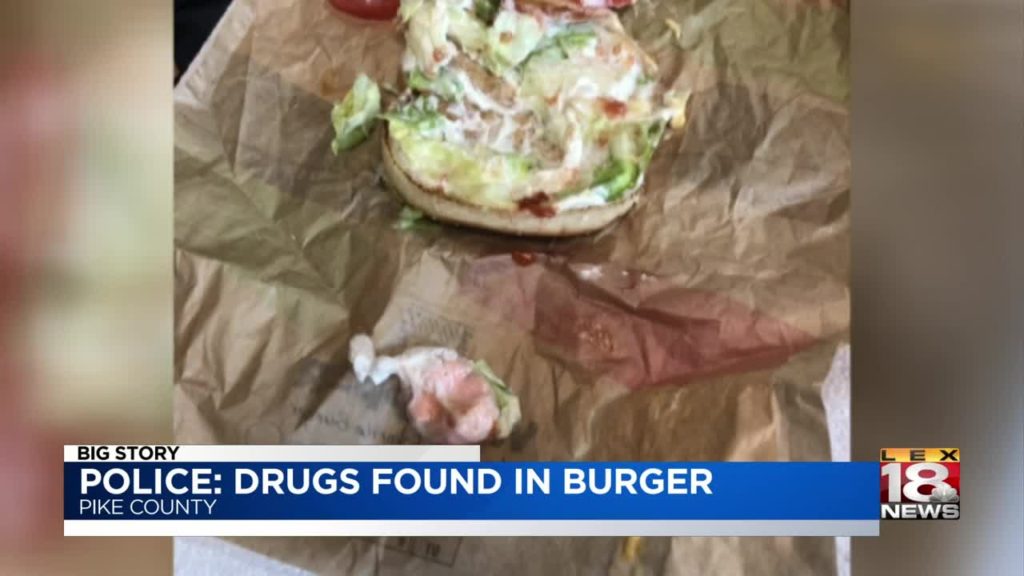