MADISON COUNTY, Ky. (LEX 18)– A local landscaping business owner said that for companies who rely on clear weather, this year has been one of the hardest to keep up with.

“Early spring. It’s always busy. That’s the growing season. That’s when, every year, you’re out there having to earn your money as they say, but it felt like early spring never stopped,” said Bryan Schallner.

Schallner owns Schallner’s Lawn Care, which serves Madison County and the surrounding areas. Colder weather moved in quicker than normal this year, so right now, his trailer is filled with holiday decorations instead of mowing equipment.

“We had snow and frigid temps move in, the grass stopped and we were able to transition earlier into our holiday lights this year,” said Schallner.

A much-needed break after months of begging for dry days.

“Whenever we have rainy day after rain day after rainy day, the work piles up and piles up, especially in the mowing aspect because the grass doesn’t stop growing,” said Schallner.

Luckily for him, business is still good, but that’s not the case for everyone.

“I’m privy of at least a dozen other mowing and landscaping companies that decided to close up shop this year just because of how hard it was to be able to maintain customer satisfaction, and to be able to get their guys their hours and just the difficult conditions we suffered with here in Central Kentucky,” he said.

If there’s any positive to all the rain from this year, it probably won’t be seen until Spring.

“I’m curious to see how my customer’s yard’s look. They might look better than they ever have,” said Schallner. 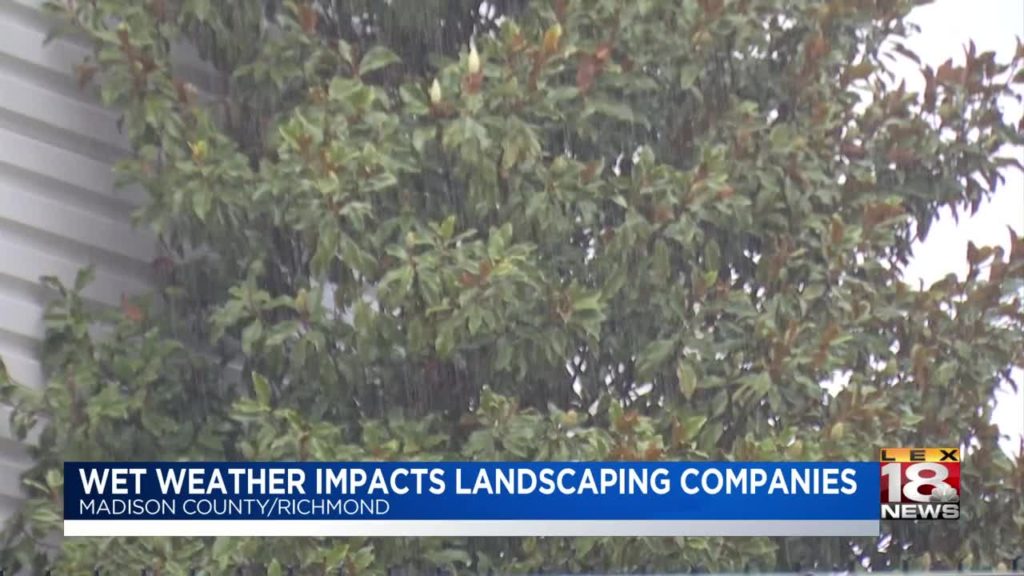