The fire has broken out at a home on Quandy Court in Mallard Point and the smoke is visible from miles away.

The Scott County Sheriff’s Department said that no people were inside the home when the fire started, but that two dogs were home at the time. Both were rescued and the homeowner was just reunited with his pets.

At this point, it is not known how the fire started. 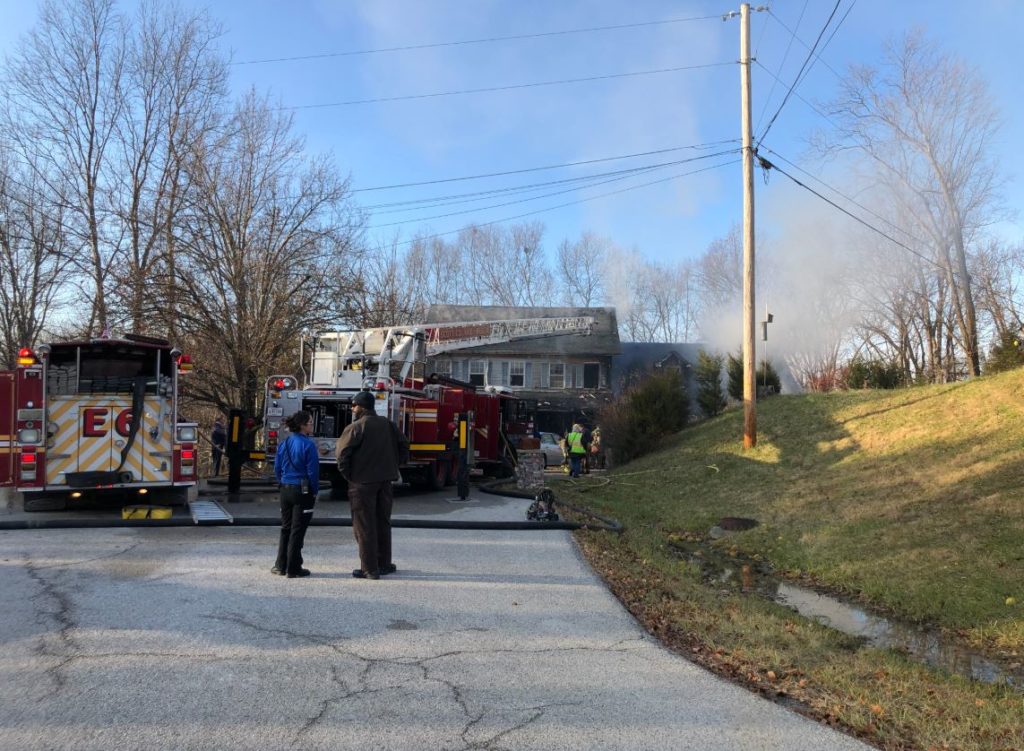