JESSAMINE COUNTY, Ky. (LEX 18) – A domestic situation escalated into a man setting fire to his own home and it’s not the first time officers have responded to the home.

Officers responded to the home on Lorraine Avenue in Nicholasville. A man had been in an altercation with his mother and she called emergency officials.

She managed to escape from the home, but that’s when police say a fire broke out. Four officers suffered smoke inhalation on scene as they attempted to drag the man out of the house.  He was taken to the hospital for unspecified injuries along with the officers.

Several pets were also taken out of the home.

The man has been involved in a prior standoff situation at the home and they believe he set fire to the home. The house is a complete loss. 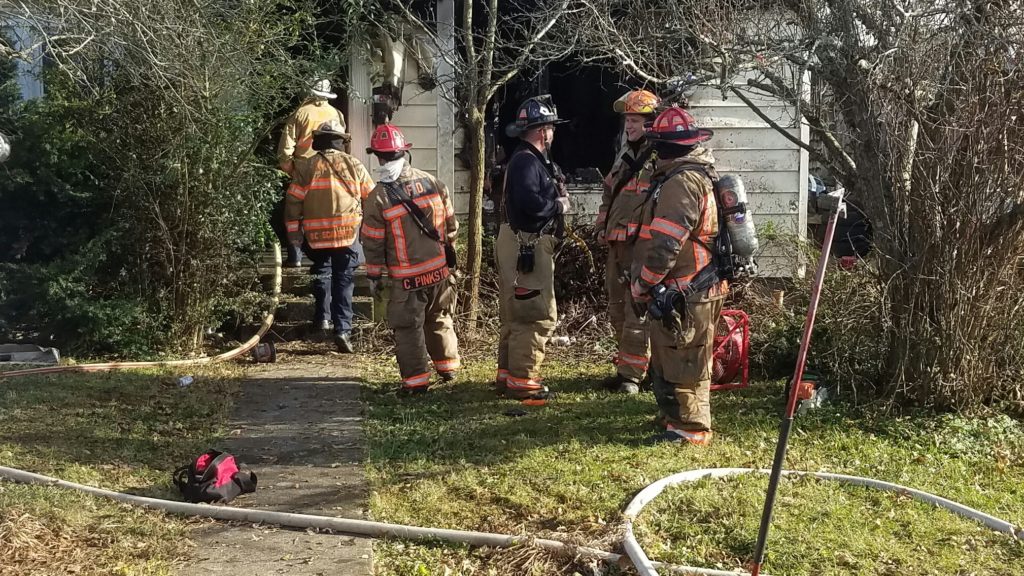