LEXINGTON, KY (Lex 18) – Nearly a year and a half after an 18-year-old was murdered, his Lexington family is using his story to try and inspire others to change their lives. 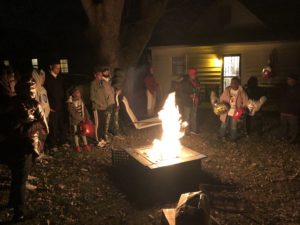 Fond memories are all Joe and Jackie Shannon have of their grandson Tyler Williams. Tuesday would’ve been his 20th birthday, but for the second year in a row, his family is celebrating it without him.

“I miss him,” said Joe Shannon, Williams’ grandfather. “Besides my wife, he was my best friend.”

On July 1, 2017, Lexington Police found Williams at Duncan Park after he’d been shot a number of times.

The then 18-year-old fought for his life at UK hospital, but died early the next morning.

Now a year and a half later, police have made no arrests and the Shannon’s are still waiting for answers.

“It just hasn’t worked out yet, but we’ll wait on them,” Joe Shannon said. “We’ll pray and it’ll happen.”

Twice a year, Williams’ family gathers to remember his life. Some members tell stories of his art and skating skills, but others just hope his friends and siblings learn from his story.

In the meantime, prayer and positivity will guide Williams’ family on its own path to acceptance and forgiveness.