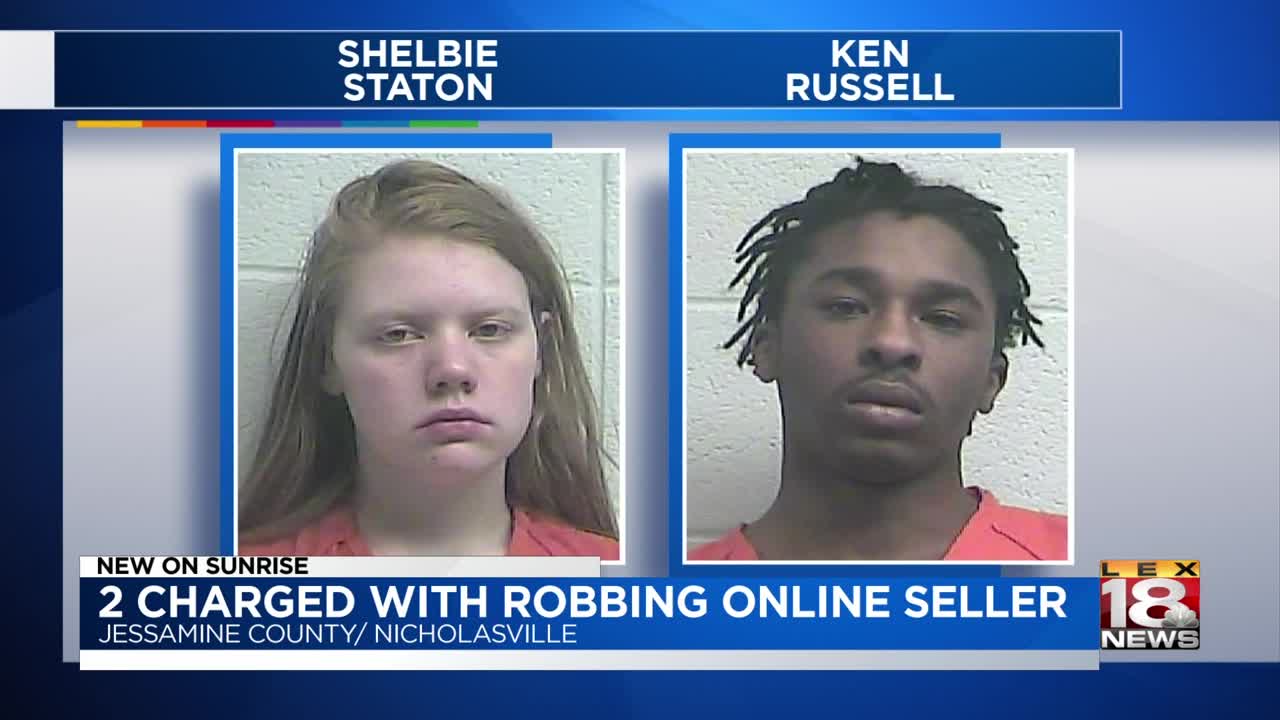 NICHOLASVILLE, Ky. (LEX 18) — A person trying to sell items online was instead allegedly assaulted and robbed when meeting the prospective buyers.

Now, Nicholasville police have arrested two people who they say committed the robbery.

But that’s not where the case ended.

Police say that when they went to arrest the pair, they found cocaine and marijuana.

Both also are charged with cocaine possession, and Staton also faces a marijuana trafficking charge.