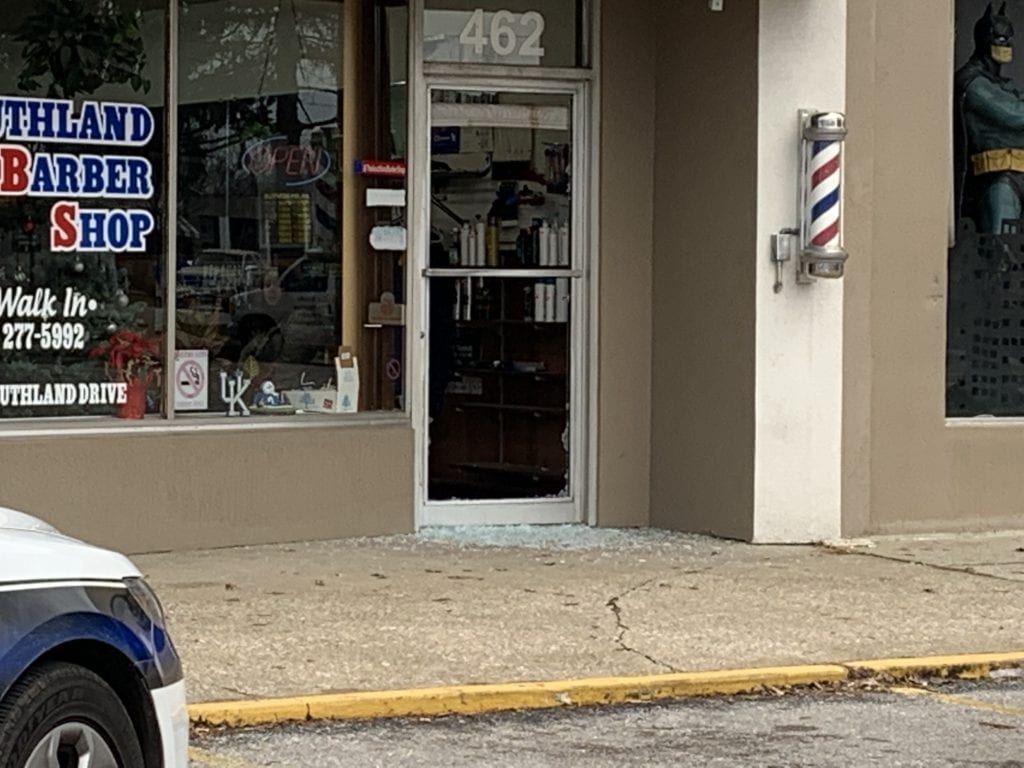 LEXINGTON, Ky. (LEX 18) — Lexington police were investigating a possible burglary Sunday morning after someone smashed the glass at a barber shop and pried open a cabinet.

Authorities say someone used a small sledgehammer to break out the glass around 9:30 a.m. at Southland Barber Shop, 462 Southland Drive.

Police said that a cabinet was pried open but it was not clear what, if anything, was taken.

The shop’s owner tells LEX 18 that it looked like some cash was taken, but he’s still going through the shop to see if there’s anything else missing.

Police also were reviewing surveillance footage from a nearby strip mall.