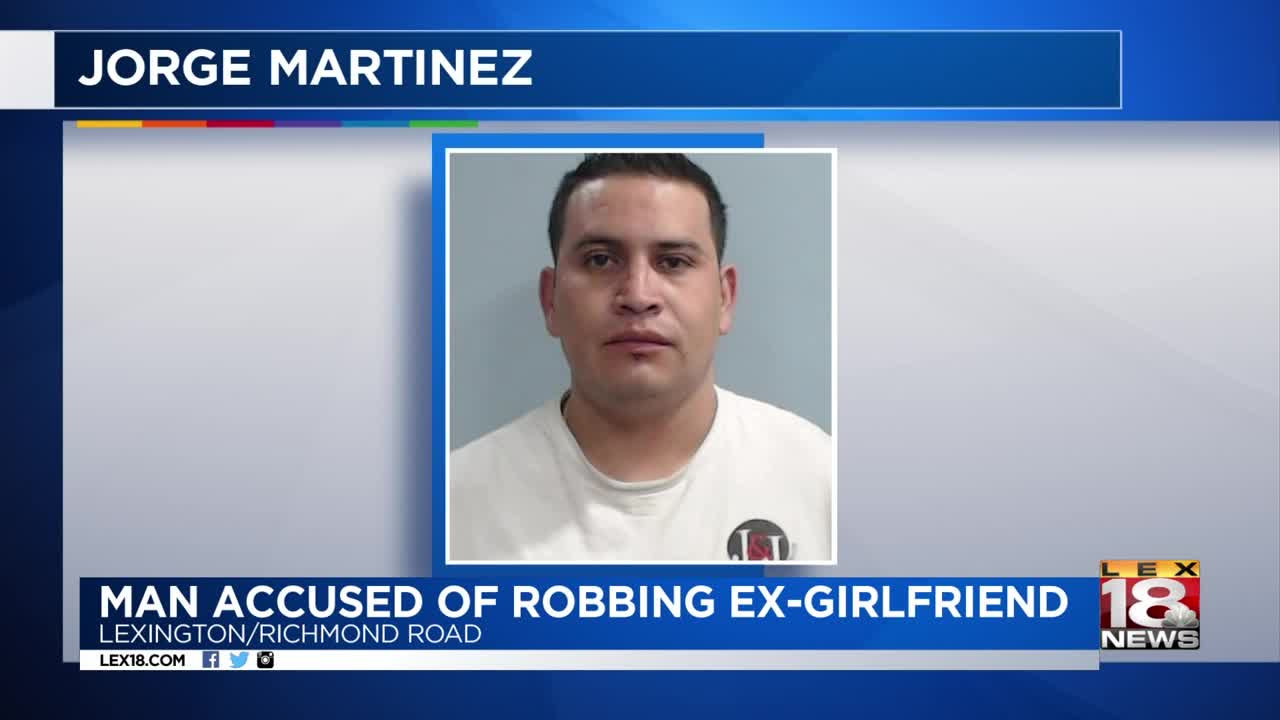 LEXINGTON, Ky. (LEX 28) — Lexington police have arrested a man who they say robbed his former girlfriend at knifepoint.

Authorities say 31-year-old Jorge Martinez jumped into his ex-girlfriend’s car as she pulled into a gas station earlier this month.

Martinez then allegedly held a knife to her throat while he took her keys and a wallet containing $200. He then fled, police said.

He was charged with robbery and assault in the case.

Police say Martinez also faces a second assault charge against the same women from an incident in March.

He was being held in the Fayette County Detention Center.