LESLIE COUNTY, Ky. (LEX 18)– Paul Douglas Sizemore, the man accused in the deaths of three people in Leslie County, pleaded not guilty in court Wednesday in a tense arraignment.

The 52-year-old was wanted after three people were found dead at a home on Wolf Creek Road off Ky 699. The bodies were found in two neighboring homes with two bodies found in one home and one body found in the other, according to police.

The victims were identified as Larry Bowling, Norma Bowling, and Chad Bowling. 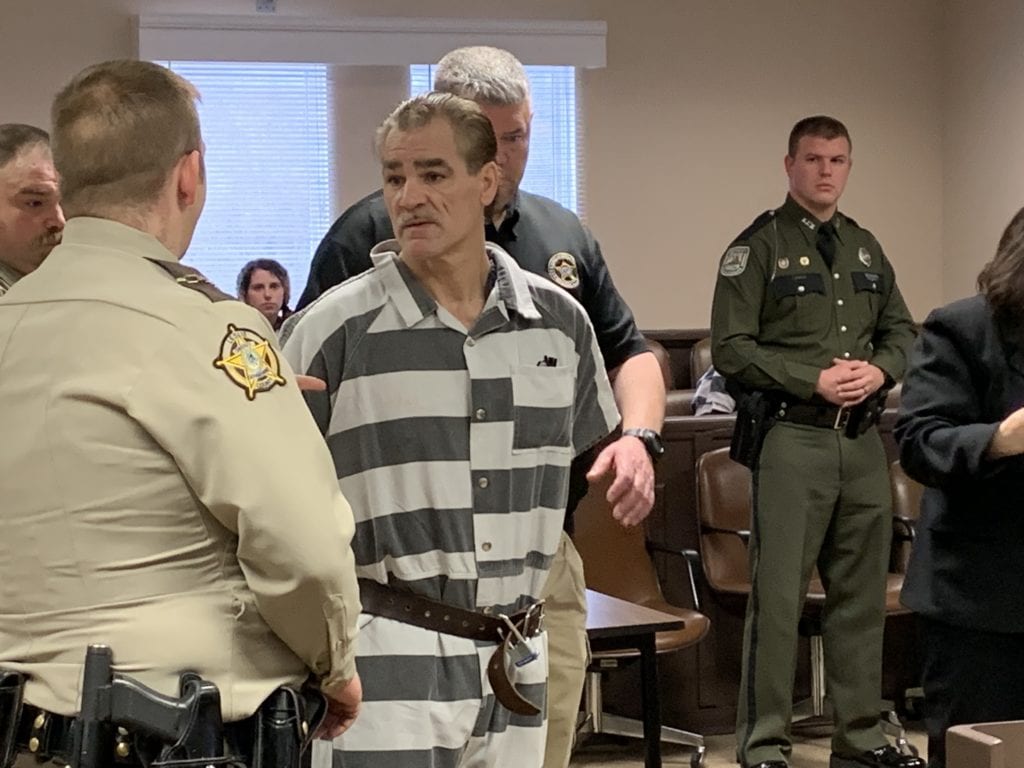 Sizemore was apprehended in the Cutshin Community. He was charged with the three murders and he was also charged with attempted murder of a state trooper.

In court Wednesday, he pleaded not guilty.

Not even a minute after Sizemore entered the courtroom, LEX 18 reporter Mike Valente said Sizemore got into a verbal spat with the bailiff, telling the bailiff multiple times “don’t put your hands on me.” This started after the officer of the court told Sizemore not to look back at the crowd where the victims’ family members sat.

In 1987, Sizemore was convicted of killing and mutilating his cousin Ruth Ann Osborne. Osborne’s sister, Lissa Osborne Williams, told LEX 18 that Sizemore shot her sister three times in the head and he shot her in the eye.

“He treated her like some kind of animal he hunted. She was a beautiful person, it destroyed our family,” she said.

Williams told LEX 18 that she believes Sizemore should have never been released from prison after Ruth Ann Osborne’s deaths.

Sizemore is scheduled for another court appearance in April.