LOUISVILLE, Ky. (LEX 18) – The Louisville Metropolitan Sewer District released a statement apologizing for their initial decision to hire an attorney for the worker accused of driving under the influence and killing a Louisville Metro Police Officer.

The fatal crash occurred on Christmas Eve. Roger Burdette is accused of failing a sobriety test after his truck slammed into the back of an LMPD cruiser driven by Detective Deidre Mengedoht.

Director Tony Parrott released the letter, saying that while they initially retained counsel immediately in the aftermath of the incident, once more information was learned they decided to reverse their decision.

“We understand that our initial decision has upset many and for that, we apologize,” wrote Parrott.

He also added that MSD has begun the process to terminate Burdette’s employment. 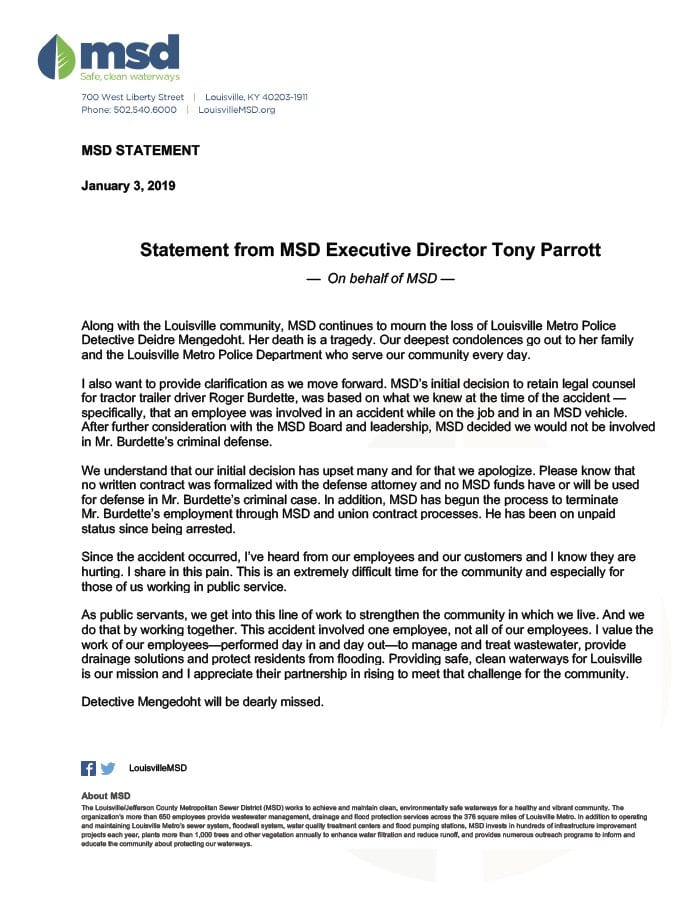