KNOX COUNTY, Ky. (LEX 18) – The son of a Knox County murder victim is one of two individuals charged with burglarizing and torching the main suspect’s home. 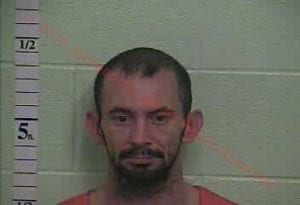 According to Kentucky State Police, Travis Marcum and Daniel Edwards broke into the residence of Glenn Powell and stole multiple items before setting the home on fire.

Powell had been taken into custody for the murder of Glenn Edwards.

Edwards is the father of suspect Daniel Edwards.

Edwards and Marcum have been charged with arson, second-degree theft by unlawful taking and burglary. KSP says the two worked together to commit the crimes, including stealing two vehicles from the driveway.

Marcum admitted to the crimes, according to KSP, while Edwards admitted to being in possession of several of the items from the residence and one of the stolen vehicles.