(LEX 18)– A Northern Kentucky family is feeling the effects of a recent travel advisory to China.

Stephen Knipper says that his daughter and grandson have been trying to come to the United States for weeks. The travel advisory was issued Thursday.  Knipper and his wife have been anxiously awaiting the chance to hold their grandson for the first time. 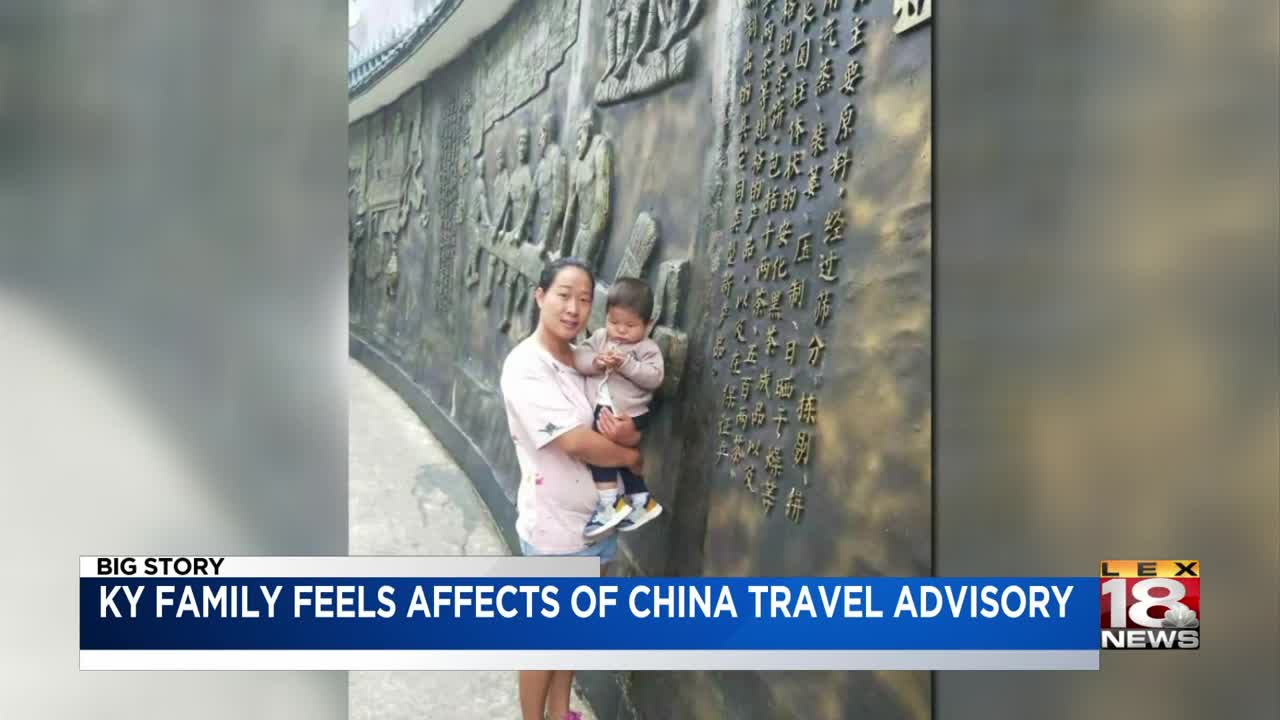 “And now we’re thinking, alright, we’re finally going to get to meet him and then a travel warning that says, well wait a second, you might not,” said Knipper.

The Knippers adopted five children from China. Their oldest daughter, Sarah, moved back and got married. One year ago, she had a baby boy.

Now, Sarah is having trouble coming back to the United States because of exit bans.

“They are limiting people to leave, especially people who are Chinese nationals who are American citizens now. Very troubling because that’s the target of my daughter,” said Knipper.

“I’ve never seen an advisory like that where they’re actually, you know, keeping people in and especially American citizens,” he said. “The people that get affected by stuff like that are like my grandson and my daughter who have no clue what’s going on geopolitically.”