BEREA, Ky. (LEX 18) — Police have charged two Berea residents after authorities say a gun was fired during a purse-snatching. 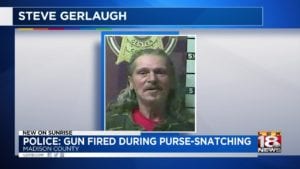 Police say Steven Gerlaugh fired a gun in the direction of the alleged victim during the incident.

Authorities apprehended the pair a short time later and said an 8-year-old child was with them at that time.

Officials charged both with first-degree robbery and endangering the welfare of a minor. 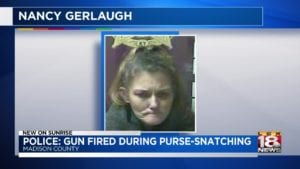