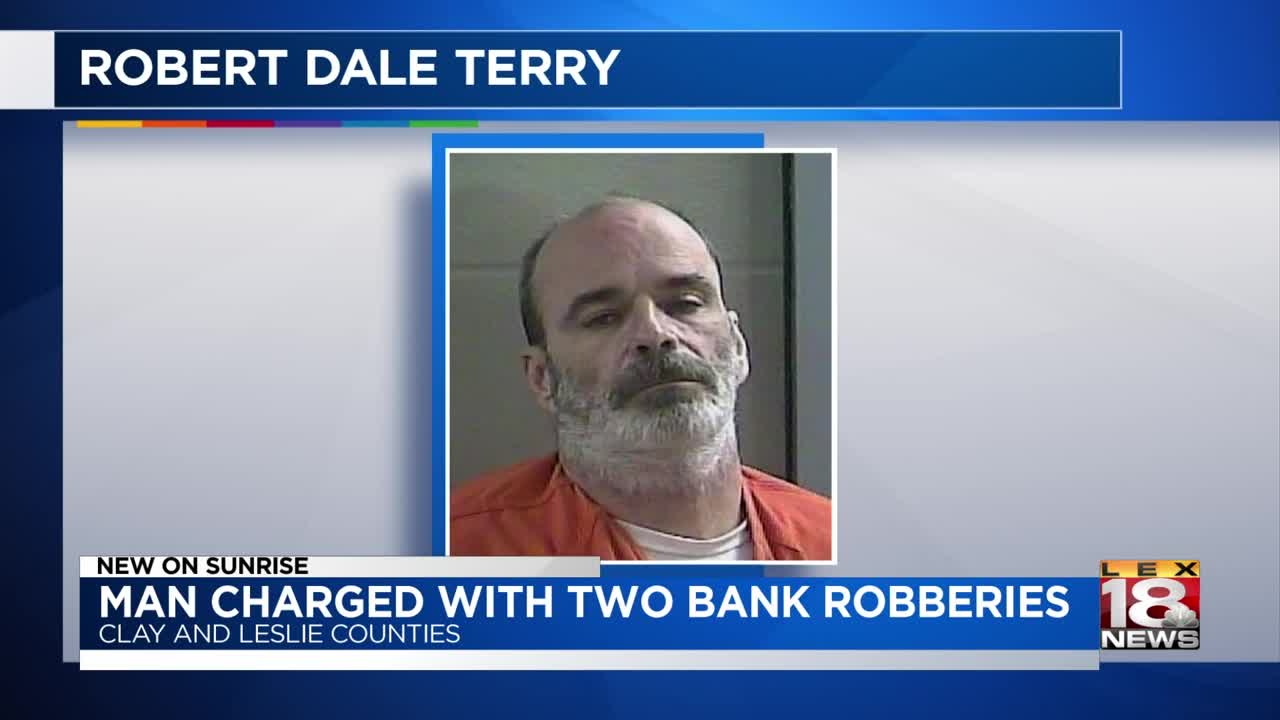 HAZARD, Ky. (LEX 18) — A Hazard man has been indicted on federal bank robbery charges for a pair of heists last year in eastern Kentucky.

Officials say 52-year-old Robert Dale Terry was indicted earlier this week for robberies at Hyden Citizens Bank in May and at First National Bank of Manchester in June.

Terry allegedly got away with more than $19,000 in the two robberies.

Police say he used a gun in the Manchester robbery, meaning he could face a sentence of life in prison if convicted of the crime.