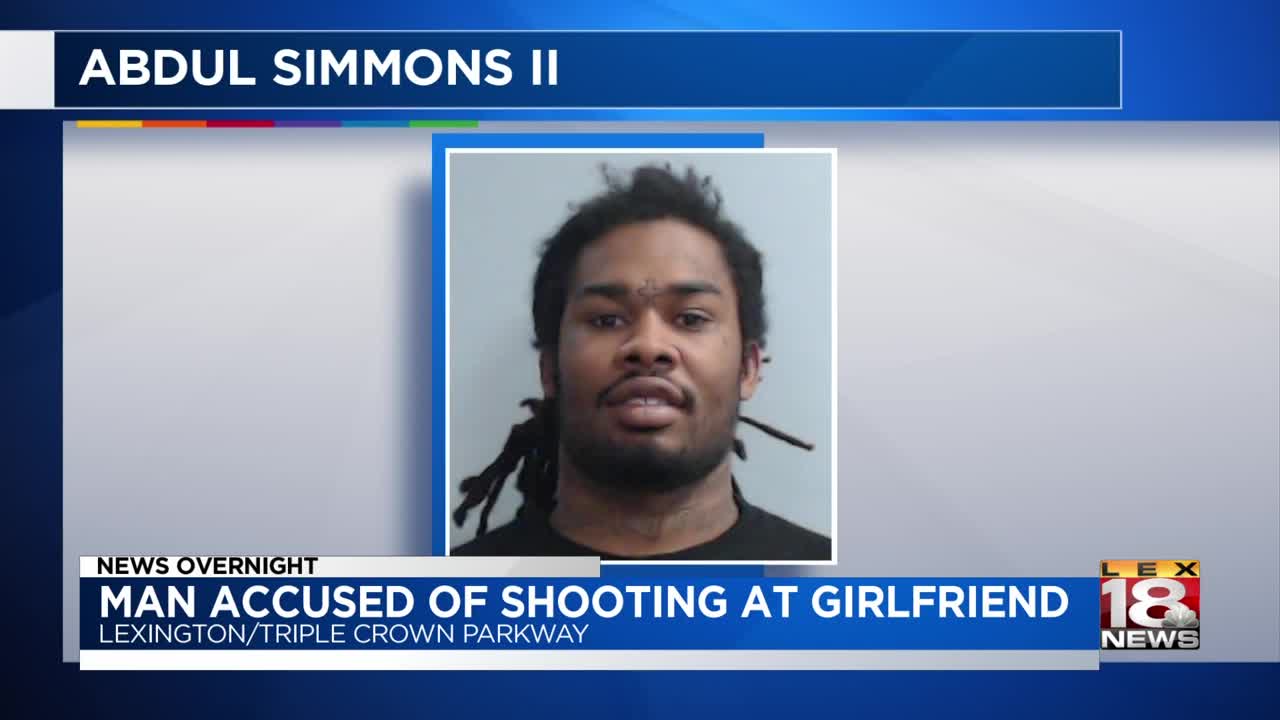 LEXINGTON, Ky. (LEX 18) — Police arrested a man who they say fired a gun Friday morning at his girlfriend.

Police said witnesses identified Simmons as the gunman and said he fired multiple rounds as his girlfriend ran from the scene.

Authorities allegedly found Simmons hiding in a nearby building.

No weapon was found, but police reported finding several shell casings in the area.

Simmons was charged with wanton endangerment, tampering with physical evidence and possession of a handgun by a convicted felon.