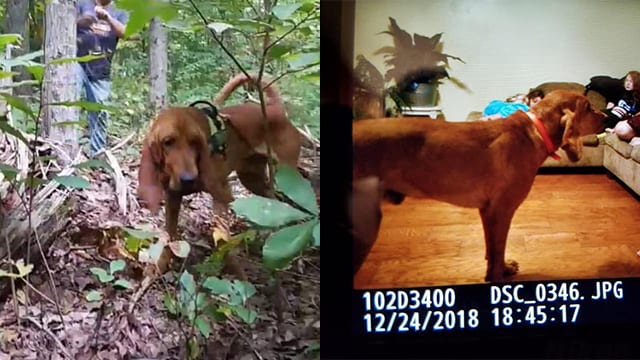 Collins was being held in the Three Forks Regional Jail.

The Estill County Rescue Squad said Hunter was last seen in the area of Redlick Road and Kissey Branch Road. A person who lives in the area told LEX 18 that they heard gunshots around the time the dog went missing.

Earlier on Monday, an LEX 18 News photographer working on this story in the area found the dog dead with apparent gunshot wounds.

Hunter was used by the Estill County Rescue Squad to locate missing people and was also a service dog.