An email went out to parents confirming there was an incident early Tuesday morning. 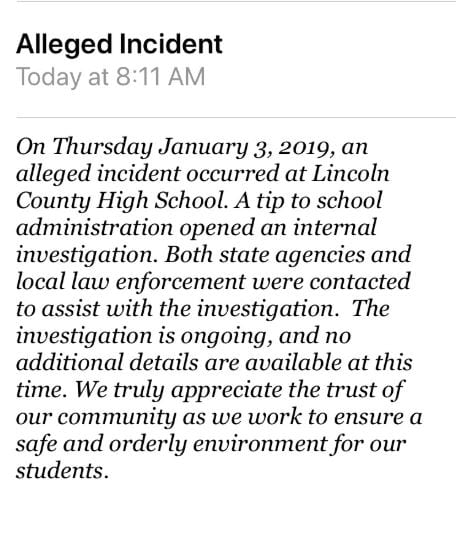 The school board also released a statement to the Interior Journal.

“Due to the nature of the alleged incident and the ongoing investigation, no additional details are available at this time,” the statement reads. “While we strive to be open and transparent with stakeholders, investigations are confidential, which means information concerning the investigation cannot be shared.”

One teacher and two instructional assistants in the Alternate Curriculum Classroom have been charged as a result of the investigation. The paper reports that those three have been charged with second-degree criminal abuse.

The school wouldn’t release any details to the paper or to LEX 18.