ELIZABETHTOWN, Ky. (LEX 18) – Houdini, the I-65 goat, has a new forever home to live out the remainder of his retirement years. He appears to be settling in just fine.

Shortly after Houdini was injured in a traffic incident back in October, he was placed in the care of Hardin County Animal Care and Control.

After a thorough review, the committee made its recommendation to Berry on Thursday.

“The committee unanimously recommended Broadbent Wildlife Sanctuary in Guston, Kentucky. After reviewing the committee’s decision brief, I fully concur and have signed a decision memorandum to authorize his transfer,” said Berry. “I appreciate the committee’s work and I am pleased Houdini has a new home that will provide him the proper resources to live out the remainder of his life in a safe, loving and peaceful environment.”

Broadbent is a forty-six-hundred-acre site in Meade County, Kentucky, dedicated to providing a safe, healing haven for injured and orphaned animals. The organization sent photos of Houdini, and he seems to be content in his new surroundings. 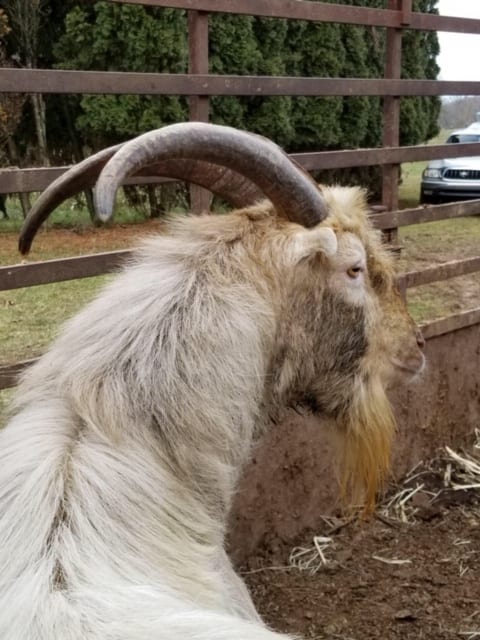 Today was a big day for Houdini, because after all those months of confinement, he was released into a 5-acre pen with his own little barn.

Broadbent founder, Mary Ann Tobin, enjoyed feeding him an apple after he was released into the pen. “We’re so happy to be able to help Houdini,” said Tobin.  “When we heard his story, we knew we could give him the perfect place to live out his life.”