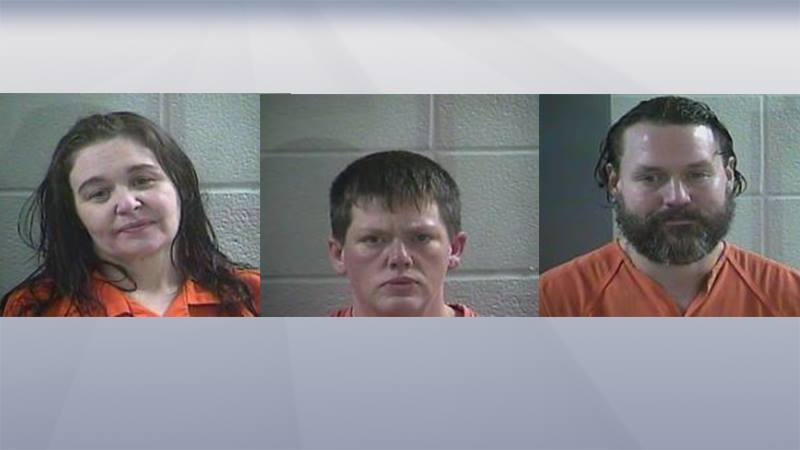 LAUREL COUNTY, Ky. (LEX 18) — Police in Laurel County arrested three people Wednesday on drug and assault charges after a woman was brought to an area hospital with injuries.

According to Laurel County Sheriff John Root, the woman’s boyfriend is accused of firing a weapon several times near her. The woman also allegedly was sprayed with a fire extinguisher and struck with the canister.

Police said that a search of the residence unearthed more than 40 grams of suspected methamphetamine.

Hale was charged with first-degree wanton endangerment, first-degree trafficking in a controlled substance – 2 or more grams of methamphetamine and fourth-degree assault.

Bowman was charged with public intoxication of a controlled substance.

Smith was charged with public intoxication of a controlled substance. She also was charged on Laurel County District Court warrants for second-degree escape, theft by by failure to make required disposition. She was also charged on a Laurel County Court bench warrant for revoked probation for testing positive for methamphetamine after a shoplifting charge.