HARRISON COUNTY, Ky. (LEX 18)– More than two years have passed since a woman from Cynthiana disappeared, but her family’s determination to find her has never waned.

Kathleen Bauer told LEX 18 that she always clung to her big sister, Lori Feltz, and now she is clinging to the memories.

Feltz had mental deficiences due to a traumatic accident.

“We kept saying, ‘we’re coming for you Lori’ and, ‘hang in there’ but eventually I felt like,  she couldn’t hang in there anymore, but we’re still coming for ya. We’re gonna bring you back home,” said Feltz.

Bauer now wants closure and justice. She believes that there are people out there who know what happened to Lori, and apparently, so does a private investigator hired by the family.

He told LEX 18 that he believes there are three people, now living out of state, who have knowledge of Lori Feltz’s disappearance.

State Police have not released information about any potential suspects. If you have any information that you believe might be useful, give police a call. 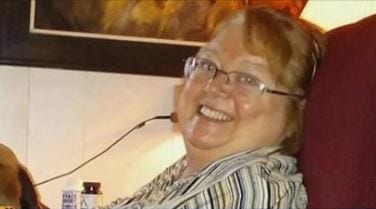