According to court documents, the incident occurred Jan. 3 in a special education class at Lincoln County High School.  A criminal summons for teacher Rebecca Spurlock details the event.

The summons states that on this date, a student who has autism and is non-verbal was walking around the room when he was punched by teacher aide Janie Hasty. Sheriff’s officials then say both Hasty and her co-worker Teresa Sparkman twisted the student’s arm and pulled him off the floor and shoved him.

Officials say that Teresa was heard laughing during the incident.

When the food cart arrived in the room, officials say Hasty shoved the student as he attempted to get his lunch.

The documents also state that Spurlock did nothing to intervene. All three adults face class d felonies of criminal abuse 2nd degree.

Officials at the high school have not released any details on the incident, only acknowledging that something had happened. 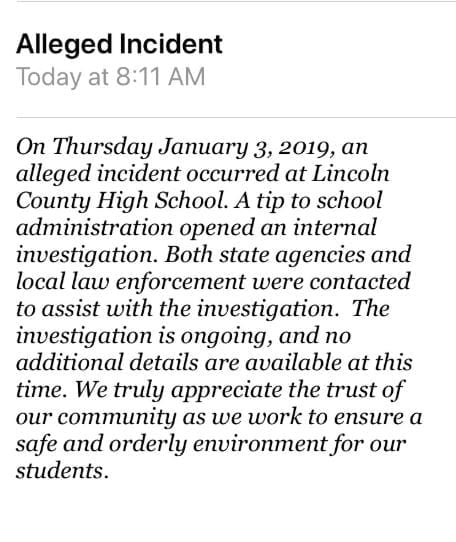 This story follows two other recent incidents in which teachers were disciplined over allegations of abuse toward children with autism.  The most recent occurred in Greenup County, where surveillance video showed a child being dragged down a hallway.