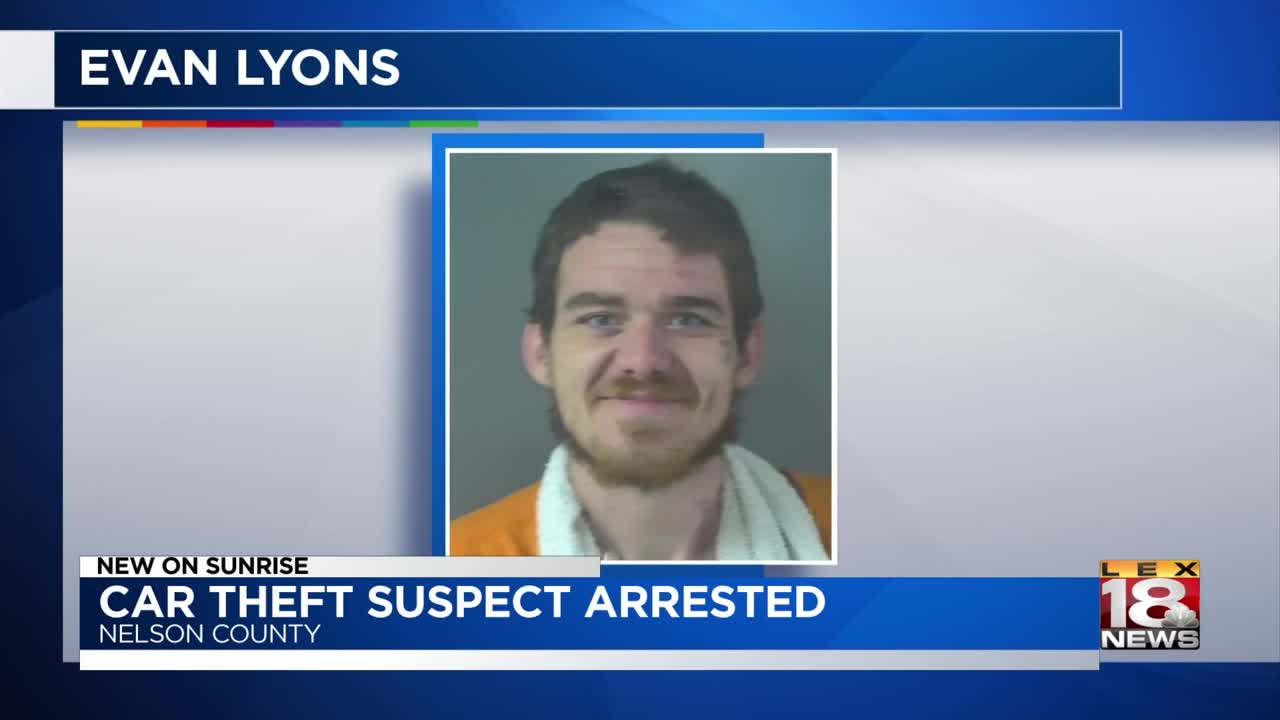 NELSON COUNTY, Ky. (LEX 18) — Deputies with the Nelson County Sheriff’s Office say they have solved a string of car thefts.

But officials said taking the suspect into custody wasn’t easy, occurring only after a chase and then a splash.

Police say Lyons fled when he saw deputies and led them on a chase that ended when he drove into a pond.

Lyons was apprehended after a short foot chase.