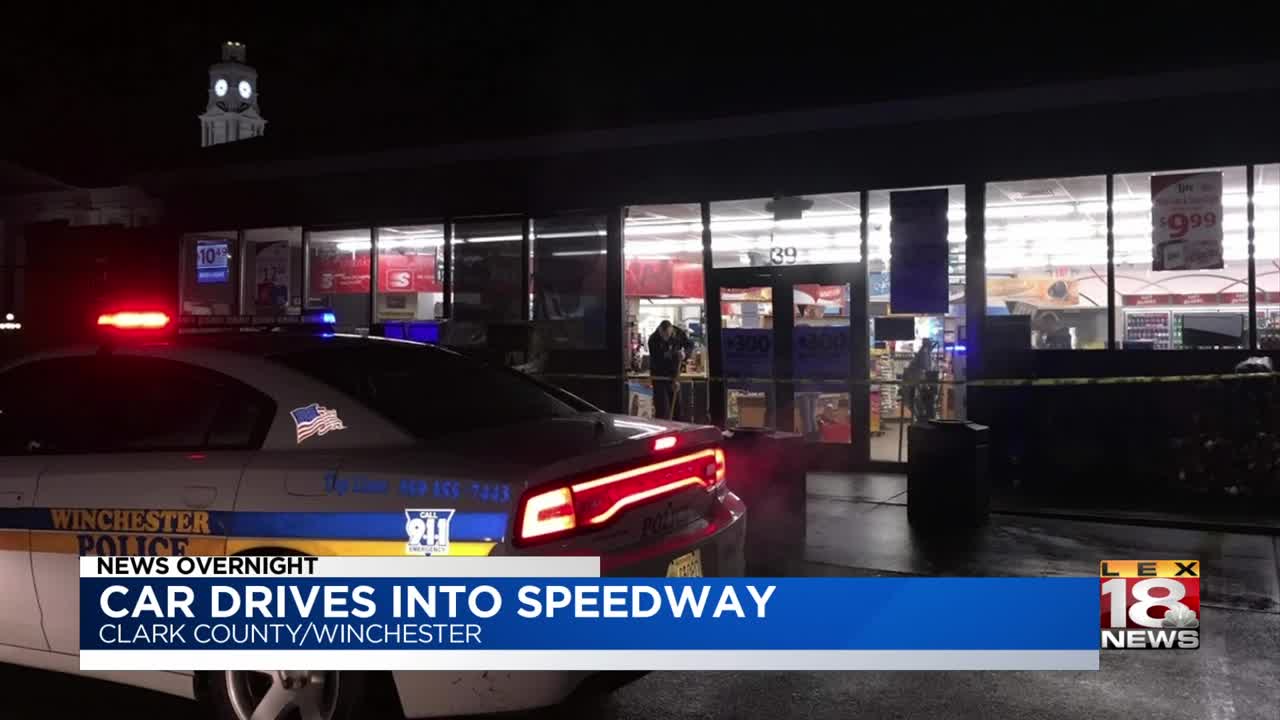 CLARK COUNTY, Ky. (LEX 18) — A busy Winchester gas station was forced to temporarily close Saturday night after a car drove into the building.

Officials said the crash occurred about 9 p.m. at the Speedway station on Maple Street.

The Winchester Fire Department said the crash was accidental and no one was injured.

The car made it about a foot into the building and caused extensive cosmetic damage to the store but little or no structural damage.

A Fire Department spokesman says they haven’t heard when the store would reopen but expect it to happen soon.